Fact of the Day: Crown Matrimonial 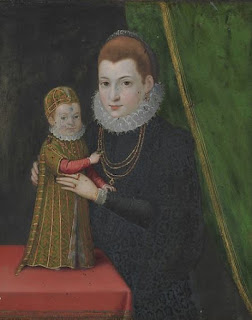 While some consorts to thrones such as King Phillip (to Mary I of England) or King William III (to Mary II of England, though he had birthright as well as her cousin) ruled a country by rights of marriage (jure uxoris), a crown matrimonial was taken to a more drastic step. It (theoretically) ensured that a Queen's husband would remain King after her own death even if no heirs are produced, and that future heirs by a different wife would become the new monarch eventually. Mary, Queen of Scots faced this hypothetical question twice with her first husband King Francis II of France and her second husband Lord Darnley, though she outlived them both
Posted by Adam at 12:00 AM

Email ThisBlogThis!Share to TwitterShare to FacebookShare to Pinterest
Labels: fact of the day, Mary I Scotland, Scotland

Seems they had all bases covered to stay in power.

Rules to stay in power no matter what.

Unfair, yes, but, unless you believe in divine rights, just how fair is royalty to begin with?

The women royals seemed to live longer than the men. I wonder if anyone studied that. I'll have to go Google now.