Fact of the Day: Matilda and Geoffrey 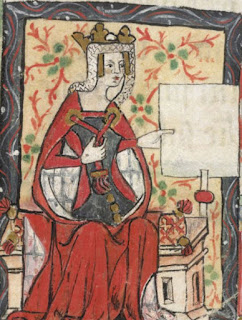 King Henry I of England's daughter Matilda became Empress of the Roman Empire but her husband died with no heir produced. So she became engaged to the much younger Geoffrey Plantagenet, Count of Anjou. The marriage was not a very happy one, the age difference made things difficult along with the fact that she thought that marrying a count was beneath her status. They had long periods of separation but she outlived him and they had three children including the future King Henry II of England.
Posted by Adam at 9:35 AM

Email ThisBlogThis!Share to TwitterShare to FacebookShare to Pinterest
Labels: england, fact of the day, france, germany

I love this kind of historical info!

So, that's how the Plantagenet line began, with a count. Interesting.

Sure she wanted to be the last standing

I love this. Henry II is Jerry's 25 greats grandfather... so Matilda and Geoffrey...

She did her duty and secured the line. I'm glad I'm me and alive today!