Fact of the Day: The Simpsons Oregon 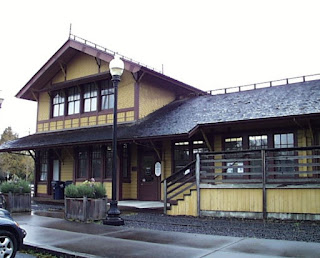 In the TV series, The Simpsons, their hometown of Springfield is located in an unknown state and the show's writers have given contradictory "clues" of where its located in America. While the fictional is based on many things, Matt Groening says it's officially named after the Springfield in his home-state of Oregon.
Posted by Adam at 12:00 AM

Email ThisBlogThis!Share to TwitterShare to FacebookShare to Pinterest
Labels: fact of the day, Oregon, simpsons

Love the Simpsons and this fun fact. You'd be amazed over how many Simpsons junk I've had and sold, and still have.(lol) Something about Homer keeps me smiling. Happy Friday and Hugs...RO

It's amazing how far back this show goes.

I was vaguely aware that Groening was from Oregon, but did not know there was a Springfield there.

I always imagined them being more from the Midwest, not the PNW.

Well that was something I didn't know but now I am aware of why so many simpletons there are in the Springfields of the USA.
There is - TO MY ABSOLUTE HORROR - a suburb close to where I now live at Terrigal, (on the beach), NSW.
I went to have a look - it is like Tennessee HILL BILLY country!
Weirdos reign supreme!

I would have guessed Illinois, but nice that he finally cleared it up.