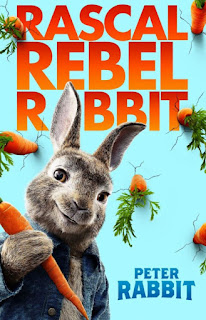 Despite being over one hundred years old, I never really spent much time with any work of fiction based on Peter Rabbit, who was originally penned by Beatrix Potter. I didn't realize the movie was coming out until about the time it was released. My mind first thought of Hop and I didn't know if I was ready for another bunny adventure. But Daisy and I needed something to spend a night at the movies with, so that's what we chose. The film had mixed reactions from critics and fans, but what did I think of it? 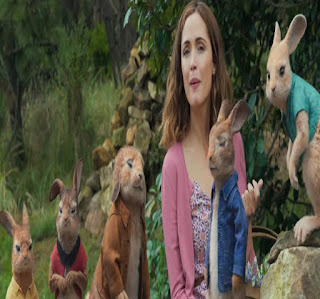 The film's hero is the obviously named Peter Rabbit. He leads his rabbit family and some other animal friends to raid the vegetable garden of the bitter and mean Mr. McGregor. However they are often protected by the human Bea, who is a sweet and kind young woman. However she can't be around forever, and the naive Peter finally gets himself in a pickle he can't run out of. However before the killing blow lands, the old rabbit-hating geezer dies of a heart attack from years of poor diet choices. 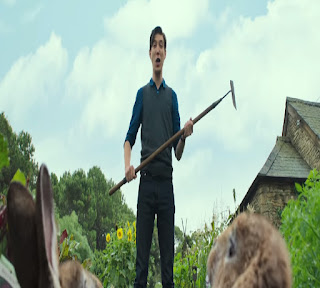 However his estranged great-nephew Thomas McGregor inherits his manor. Thomas had fallen on bad luck after getting fired from his stressful job. Thomas isn't a bitter old man, but he turns into a rabbit-hater when he catches Peter and his animal friends making his new home utter hell. However Thomas has a thing for Bea, and he tries to tolerate the animals to look good in her eyes. However Peter wants him gone, and this creates a bitter war between a single goofy man and clever but reckless bunny. 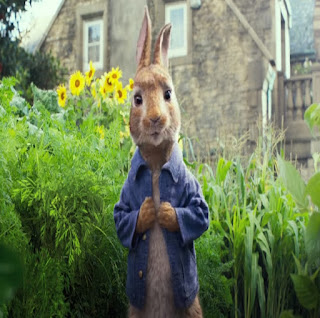 Overall I actually liked Peter Rabbit quite a good bit. Like I said, I never watched/read much of the original works, so I don't remember much of it at all, though some of the art you see in the film as a cameo does look familiar. I hear it did anger some purists, I suppose the James Corden version of Peter is far more "meaner" than the other incarnations and whatnot. But honestly, I wouldn't mind seeing a sequel one day.

We've been wanting to go see this one, and will evenutaly, but Black Panther won out last weekend.

I thought it looked funny from the previews, so we'll be sure to see it. Probably wait for the dvd though.

I've seen the previews and it didn't entice me to see it. However, since you're recommending it... I shall think about it.

A B. Well, good to hear you liked it. I couldn't find my blowtorch.