Question: What Super-Power Would You Pick? 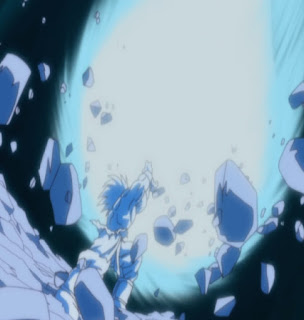 Picking just one super-power is difficult for many, but I'd probably like to able to produce "energy burst/waves" from my hands that is commonly seen in Japanese anime like Dragon Ball Z or a video game like Street Fighter II. While I doubt I would ever have the practical chance to use it, I remember trying so hard to do the move when I was little. I thought it was funny when I learned that most kids my age did the same thing when the show was on its original (American release anyway) run.

Which superpower would you choose?
Posted by Adam at 12:00 PM

It is very hard to choose. Flying would be fun. Being able to move objects would be nice. But I think I'd really love to time travel.

Well, it wouldn't be Helix's ability to be slowly elastic with an IQ of 30, that's for sure.

Would the ability to stop aging be a superpower? If not, I'd probably go with teleportation. There are lot's of places I want to go, but traveling is a pain.

Power Mimicry: I want to be able take on anyone else's special gift/power.

Knowing what I now know, I'd like the ability to go back to specific times in my life-every single moment and fix things.

Time travel would be cool. Or, just the ability to make someone's tires pop when they are speeding in a school zone or driving like an asshole.