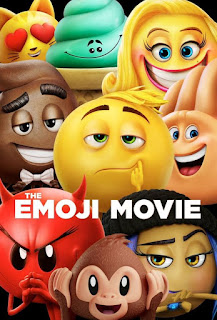 Some movies such as the MCU, Star Wars, Indiana Jones, Pixar, Harry Potter, and many others have people excited just from the mere words that they are working on it. I remember when The Emoji Movie was announced and shown...and the reactions was...abysmal. The problem with the idea, is that it's really stupid and is just tapping at a rather flawed part of our society, which is the use of dumb little emojis. Despite harsh critical opinion, it was a success at the box office which was good for Sony/Columbia. But I figured I'd have to see it for myself just to see how awful it really was in reality. 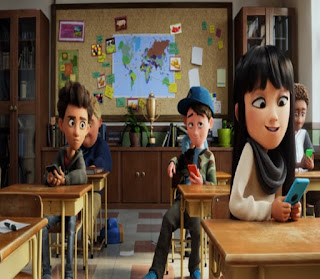 The plot starts with the life of a young student named Alex. Like most guys his age, he is starting to like girls but is rather shy and timid about asking his crush out. His crush is Addie McCallister who seems to like him back, but when it comes time to actually make it official, Alex gets all awkward about it. Like the rest of his peers, Alex has a smartphone and that's how he likes to talk to people including Addie. 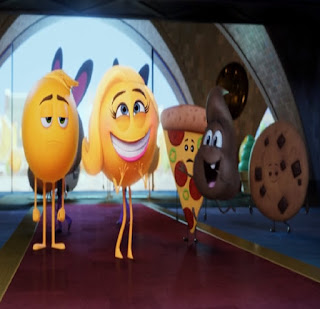 But inside his phone is a living community of digital beings. One mini-world is just emojis, with the focus on Gene who is a meh. His parents were also mehs, and Gene gets the chance to become Alex's chosen emoji. However his emotions go crazy, and he doesn't "meh" but instead goes a bit berserk under the pressure. The higher ups in emoji land are scared of this because he could end up getting Alex to retire his phone which would mean the end of their world. So they send digital robots out to "delete" Gene, so the young emoji has to run and hide in the smartphone and try to fix the wrongs and make them right. 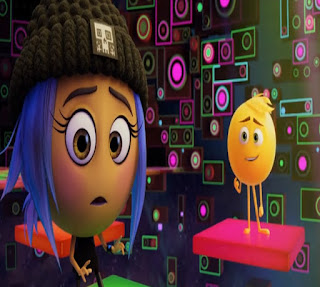 To be honest, The Emoji Movie was much better than I expected, but the bar was set on almost nothing, so that's not a whole lot of praise. I think people did overreact to the idea of the movie before giving it a real chance. It's got a decent plot, average humor, and likable characters. It's a shame that none of the story, humor, or character depth compares to something we see in works like Pixar or Dreamworks. Sony Pictures Animation has made some good films in the past, but the team is plagued with some problems because they can't seem to ever compare to the greatest however.

This just got the Razzy for the Worst Movie of 2017!

Even my 8 year old didn't want to watch this after his friends said it was terrible....that was fine with me!! lol

Really Adam - these are films for kids, not grown ups.
I sometimes think kids should be stopped watching this crap.
Colin

Nothing wrong with watching animated films as an adult, but we did skip this one when we heard how horrible it was.

I can't begin to imagine how an emoji film would be anything but terrible ~ I didn't see it!