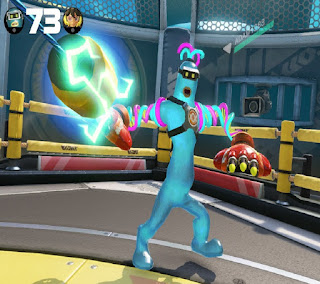 Since day one with the game Arms, I was never much of a fan of Helix. First, he's one of the dumbest looking fighters I've seen in any game, and his voice makes it seem like he's only got about an IQ of 30. 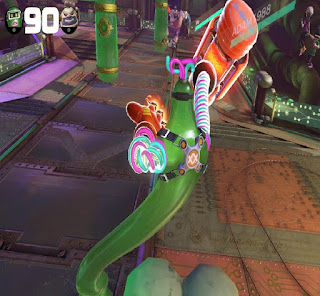 He's like a blob of jelly and he can use his elastic abilities to win fights. 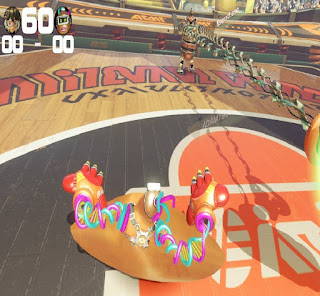 Though he's not very fast and his evading moves are pretty useless. It's cool that he can duck and everything but it does not help that he moves as fast as a turtle while doing so. 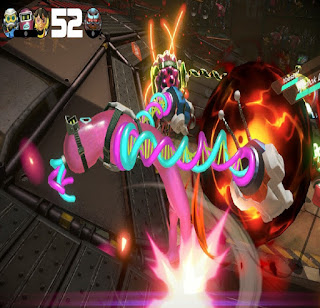 I never had much luck with Helix and never met many players online that did well with him either.
Posted by Adam at 11:30 PM