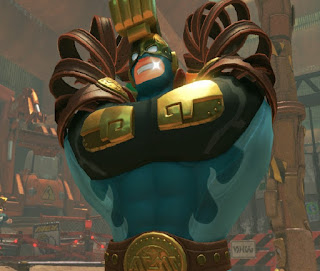 Max Brass is the final boss in the Arms story mode, and you can play as him as well. Despite the status as the villain to beat, he's not very good to play as. 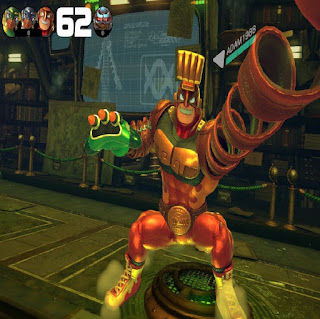 Most of this stems from my hatred of large bulky fighters. He's better than most so I'll give him credit there I guess. 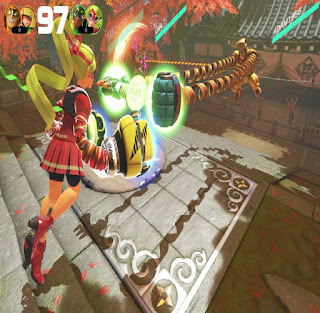 He does have decent power and range. He can also "pump up" his powers for a time but I didn't find that as useful. 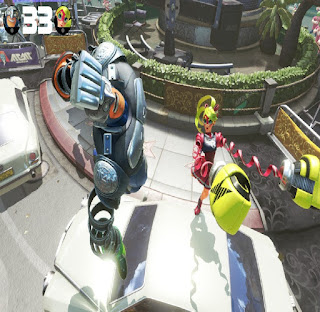 So more often than not, I'd lose with him and I'd usually do pretty well against a player using him as well.
Posted by Adam at 11:30 PM