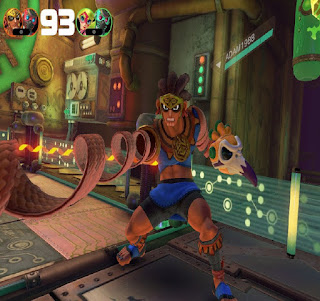 Misango actually kinda reminds me of if Crash Bandicoot was somehow human. I guess it's because both characters kind of parody off of old Aztec/Mayan culture. 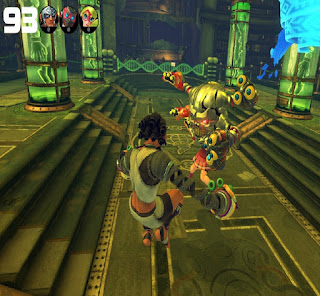 His fighting style reminds me of a lot of Ninjara and Kid Cobra. Perhaps better than Kid Cobra but not as much as Ninjara. 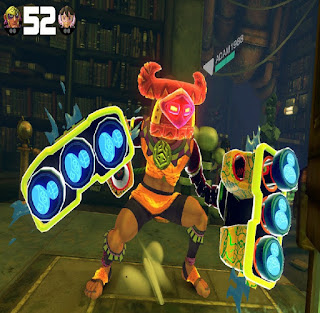 His special ability to charge enough to have his mask take over. When that happens, one of his attributes increases (such as strength or speed) but his super-power comes at a downside as another part of his skill is decreased while "powered up". I was never much of a fan of this. 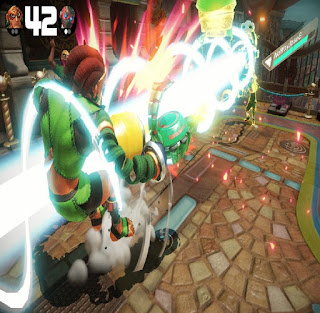 I wouldn't say he was the worst character, but man did I lose a lot with him. I met a few players who did decently well with him.
Posted by Adam at 11:30 PM