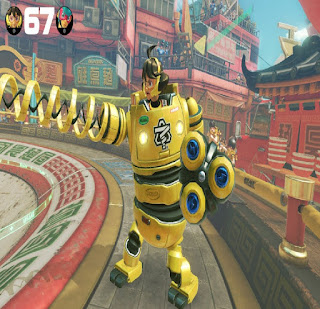 Mechanica is one of the most notable characters in Arms as she clearly is some normal girl in a big suit of armor instead of relying on her natural form to fight. 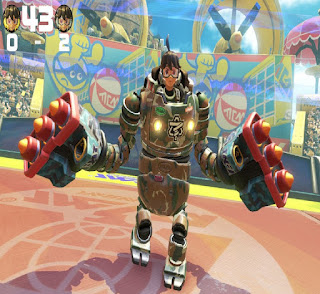 In the story she's suppose to be some kind of tech genius, which explains the robot suit I suppose. Think the Japanese girl version of Tony Stark. 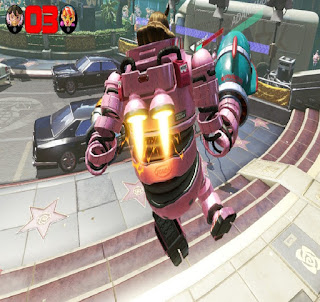 Her main special move is to hover in the air. It's fairly useful, but not my favorite in the game. 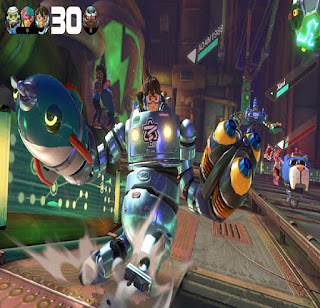 While I do poorly with "bulky" characters, I actually did quite well in matches with her. I suppose she's just agile enough but she certainly has power.
Posted by Adam at 11:30 PM