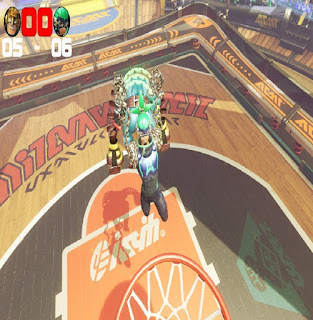 Ninjara is one of the fighters in Arms and a popular one I see a lot online among other players. He's certainly one of the most unique in the entire game. 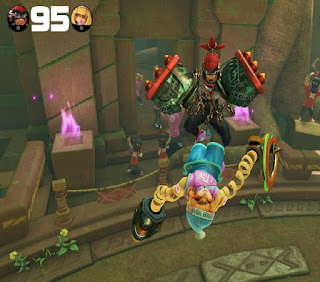 While Arms doesn't have a deep plot or story (most fighting games don't), he's a ninja who is still in Ninja college. If his grades aren't good enough, he'll be forced to accept a job delivering ninja pizzas... 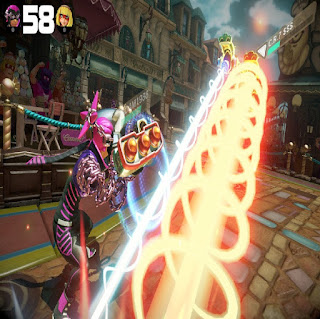 He's a good jumper and has decent power, but his main ability is to disappear (he's a ninja after-all) mainly through shield blocks. It's not manual, he'll automatically evade an attack instead of taking the minor damage. However it's not perfect, if you don't use it right, you could leave yourself wipe open after about two dodges. 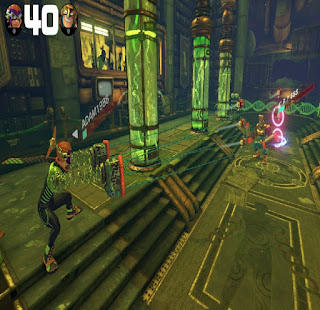 His dodging and super-speed does make him a tough challenger in most battles. I'm not too good with him myself, but I often have a difficult time fighting someone using him.
Posted by Adam at 11:30 PM