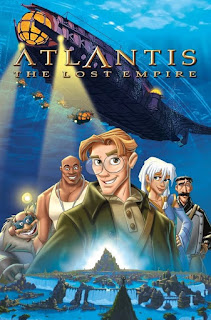 Atlantis: The Lost Empire was a movie I do remember coming out shortly after the turn of the millennium. I remember having almost no interest in the movie and I guess a lot of people did too as it really did poorly compared to other works by Disney. I fault the animation style and the fact that Disney chose to make their lead character look so dorky and ridiculous. But I wanted to catch up on Disney films I've missed over the years. 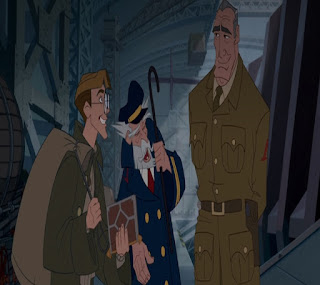 The film's hero is the egghead Milo James Thatch who believes the lost land of Atlantis is in a different location than previously thought due to a translation error from centuries before. An old wealthy friend of his grandfather's meets him and agrees to make the search for Atlantis a reality. Coming with Milo are many "experts" in different fields. 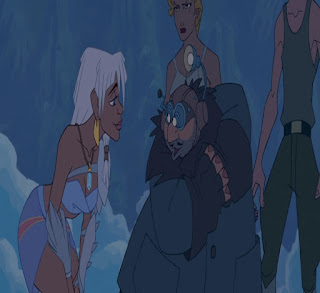 They eventually find the lost Atlantis and meets its strange residents. The most notable among them is Princess Kidagakash "Kida" Nedakh. Her father King Kashekim Nedakh believes the outsiders are no good for their land and want them cast out. But Kida sees this a chance to save Atlantis which is slowly dying in a weird magical way. 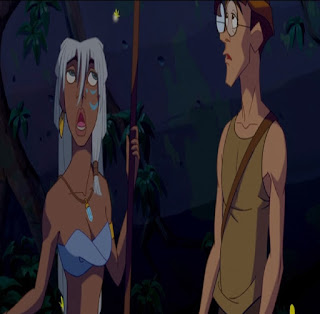 Overall I liked Atlantis: The Lost Empire but it is kind of weak compared to many great works Disney had done before and after it was released for the silver screen. That being said there was a film sequel to was sent straight to DVD and VHS that I hear is pretty bad. When that's the case, I don't think I'll check that one out however. But I'm glad I didn't miss out on the original even if it took me almost two decades to do so.

I wasn't even aware of this film!

I actually have the DVD of this movie...it's one of my faves (I have an obsession with Atlantis) and I do find it sad that it didn't do that well. I haven't seen the sequel though. I might try to stream it one of these days. Thanks for the reminder:D

I haven't seen this one. The princess' name is a mouthful isn't it:) Did Daisy like it?

Yeah, it is much weaker than usual.