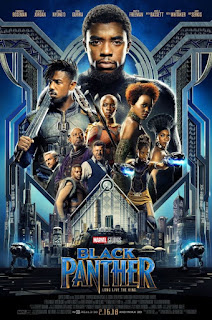 To be honest, before watching 2018's Black Panther, I was never the biggest fan of the superhero. I never could keep up with the comics, but Black Panther rarely showed up in the cartoons and if he did, he was largely overshadowed by better known Avenger heroes. The same could be said about his role (but far better than his cartoon incarnations) in Captain America: Civil War as well. But Marvel/Disney was confident about giving him his own stand-alone movie in the MCU, and it sure worked both critically, among fans, and at the box office. But what did I think of it? 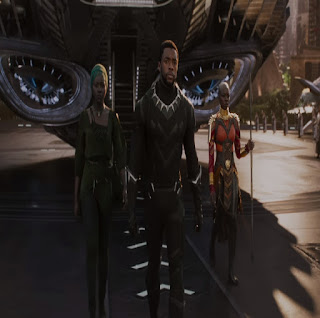 The movie takes place shortly after the events of Civil War. With his father dead, Prince T'Challa returns home to the extremely isolated (fictional) African nation of Wakanda to inherit his birthright as its new king. While he does face a minor challenge by a independent tribe, he gets his throne and everything seems to go smoothly. 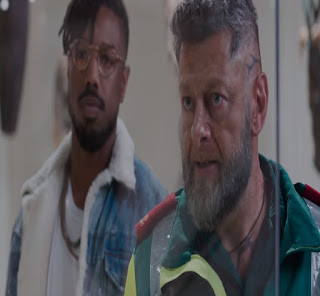 However a thief named Ulysses Klaue is up to his old tricks again. He had taken a great deal of the country's vital vibranium metal before and is set on exploiting the secrets of Wakanda again. Along  with him is Erik Stevens who has his own goals for the future of Wakanda and his own personal glory to get there. 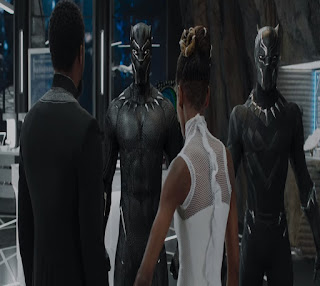 This leaves King T'Challa with the trick question of whether he should just rule as king or bring justice to the evil men personally. Taking note from his country's long history, he's not asking for help from any outsiders such as the Avengers, but he'll soon learn that he's not quite ready for the evil that seeks to tear his nation apart from the inside. 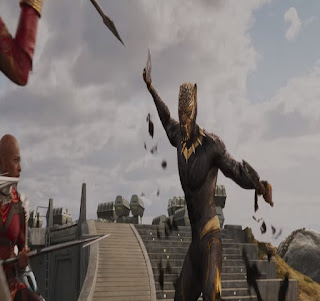 Overall Black Panther was about what I expected, a really awesome take by the MCU of making Black Panther a really popular character for old and new fans alike. Unlike other MCU films, you'll rarely see any cameos from other Marvel characters, but the focus on the story and characters is deep and the action is pretty good. You also have really solid performances by Chadwick Boseman, Michael B. Jordan, Andy Serkis, Martin Freeman, Letitia Wright, and many others. I wouldn't say its my favorite film in the MCU, but it sure got fairly close to the top.

We really enjoyed all the beautiful visual and musical African imagery in this movie. But, as My Rare One noted, the actual story line was kind of cheesy. I'm glad I saw this movie, but would not bother seeing it twice.

I have not seen it. Ive never been into comics since I was young and Batman was my hero. lol. I bet the Black Panther movie is good though.
Lisa

Sorry I wrote with mistakes. Still I have not see.
and the twins (my daugther and son) only want go to see this movie. I heard is really good.
Have a nice weekend!

I've heard so much about this. We'll probably watch it at some point.