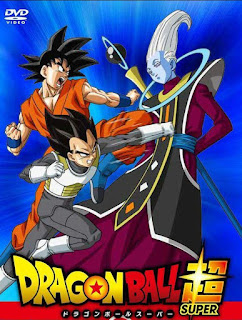 Dragon Ball Super is a series I started not that long ago. While the series just finished up in Japan, it took awhile for the English dub to catch up at all, and even more so for me to. While I do watch some anime spoken in the Japanese language (though my knowledge isn't good enough without subtitles), I grew up with the English voice cast, and I can't really imagine them any other way now. The first season was really disappointing, but how did the second compare? 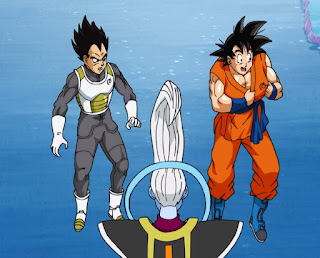 Like the original season, the second season is based on the original movie that served really as a pilot for the TV series more-or-less. So if you have seen Resurrection F, well...you pretty much know what to expect.  But anyway, after Goku's defeat by Lord Beerus, Goku and Vegeta end up becoming students of Whis. They train for months on Beerus' planet and they become much stronger in the process. Everyone else on Earth aren't seriously training, so their power-levels have gone downhill instead of up. 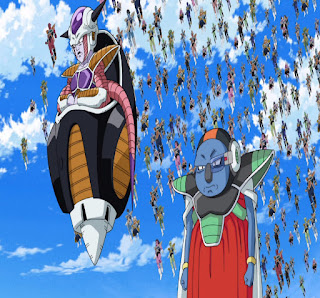 However while Goku and Vegeta are away, Frieza's minions find the Earth's dragon balls and wish to bring their lord out of hell and back to Earth.  Frieza returns to the deep parts of space to train. He comes back to Earth in his first form, but even Gohan can tell that he's so much stronger than he was on Namek thanks to his training. Frieza makes quick work out of a lot of the remaining Z warriors, and everyone hopes that Goku and Vegeta will make it back to save the day. 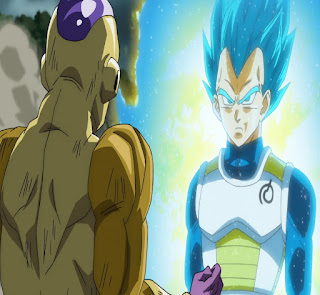 Overall I was a little shocked by how little this season bored me. The first season reminded me of the Hobbit movies where they stretched so little material so very far. But the second season had more areas to write more details to a shorter movie, so that wasn't so bad. Though to be fair, it does a better job explaining things than the movie, but still failed to excite me too much because about 90% of the plot is pretty much the same. Now luckily, the next seasons are all brand new stories, so I'm excited for that.