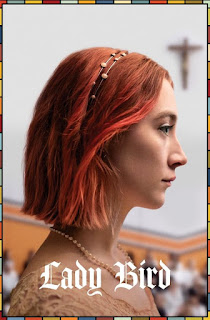 Lady Bird is a movie I've been looking forward to for quite tome time now. Most Oscar-nominated movies slip by me until they get the nomination, which I think was true for Lady Bird. But Saoirse Ronan, I think is one of the most talented actresses alive so I always try to check out any work with her in it. I honestly thought from what I heard critics were saying that it'd walk away with many Oscars, but it walked away with...zero, which is quite surprising considering that Saoirse Ronan lost again. 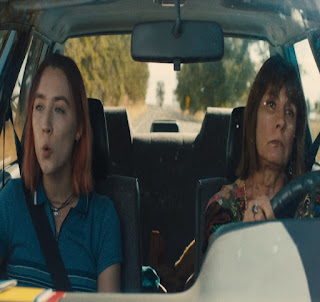 The movie is about a high school girl named Christine "Lady Bird" McPherson. She goes to a Catholic school in California and is at that point in her life where (despite having more than most kids in the world) she is "unhappy" simply because her mother is "the tough parent" and economic hardships cause the family to live in common homes instead of fancy houses that many of her school peers live in. 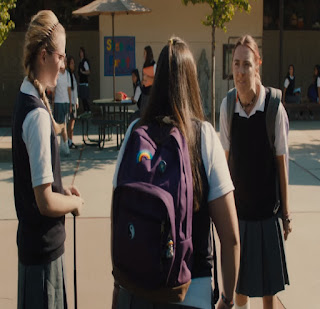 Lady Bird is considering about going to college, but it has to be somewhere she wants to go. Her mother is really realistic and advises her to stay and study at a local college. But Lady Bird wants something fancy like an Ivy League school out on the East Coast. She is quite angry when she doesn't get her way. The only people that seem to calm her down is her "nice guy" father, her best friend (sometimes), and the guy she likes at school. 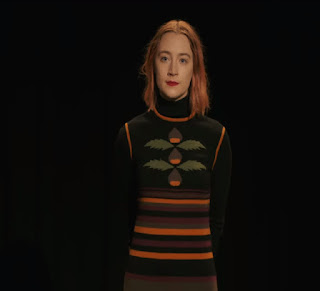 Overall I was a bit disappointed by Lady Bird. It's a coming-of-age comedy-drama which is something I dislike generally as I hated that period of my life and a reminder of it and the people just like the ones I knew don't make me too generally happy. Ronan acts strong here but she certainly didn't pull off my favorite role of hers, so I guess I'm not too bitter she lost the Oscar this year. While she's only 23, I'd also advise her to avoid these high-school plots as characters like Lady Bird are often too childish and bratty for their own good. Despite my words, it's a good movie, but if I had watch it before the Oscars, I wouldn't have been shocked when it came up empty.

I liked this movie, my friend didn't.

I know everyone raves about this movie but I found it quite pedestrian. Nothing in it that hadn't been explored a million times before. *yawn*

I didn't see this movie -- but as regards the Oscars, remember that it was competing with The Shape of Water and Get Out, both genuine masterpieces. Even getting nominated is an honor few movies or performers attain.

I agree with your assessment but I thought the mom, Laurie Metcalf, would have won. I wanted more detail on some of the other characters. She was much better in Brooklyn

So relevant, so sweet. As a mom of young teen girls, it resonated from both the mother and child point of views. I was drawn in by a great story-line and more than convincing acting performances. I teared, I smiled and didn't want it to end.
yidio
megashare9.tv