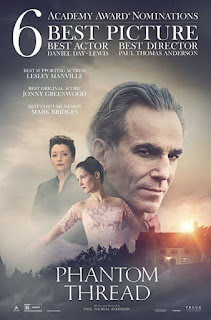 An actor I've admired very much is Daniel Day-Lewis because he rarely ever has bad luck with movies. He's very selective about what movie he appears in, so that's a reason he rarely ever gets involved with train-wrecks while almost any actor or actress has had more than their fair share of dumb films. Phantom Thread (allegedly) is his last movie before he calls it quits for the days of retirement. The film got many Oscar nominations but lost almost all across the board, mainly to The Shape of Water in many categories including Best Picture. 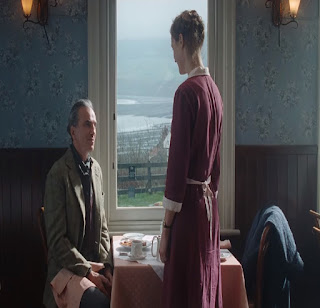 The film is about a man named Reynolds who is a very notable and respected dress-maker in the fashion world. He's so beloved that a woman had spotted him and told him that she wished to be buried in one of his dresses. However while he is (usually) polite to the general public, he's certainly an introvert who rarely has anyone gets close. He spots a modest waitress one day named Alma Elson and asks her on a date. 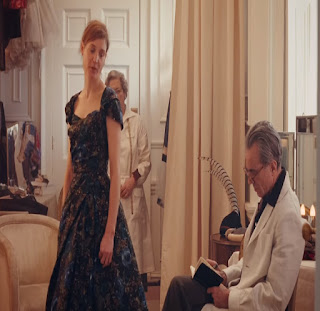 In addition to being his girlfriend, Alma is also his assistant and muse in his work. While she is very impressed with Reynolds at first, she soon learns that he isn't the easiest man to please. He often seems to care about nothing except his career. While she wants her own dreams and desires in life, they clash and it isn't always pretty. 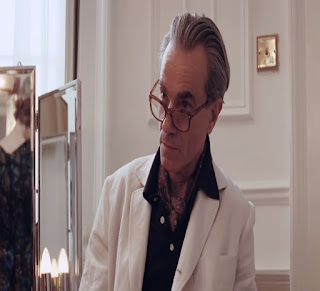 Honestly, I didn't dig Phantom Thread at all. Daniel-Day Lewis performs well here, but his character I found was too unlikable for my tastes. The movie moves almost like a snail, and is often void of any happiness or optimism. It's a very well produced movie but the story just stinks and I didn't think the "twist" at the end made much sense either. It did win one Oscar for Best Costumes which I think was fair, other than that, I can see why other films edged over it.

I was thinking of renting this movie just because I like DDL too. I didn't bother seeing it in the theatres.