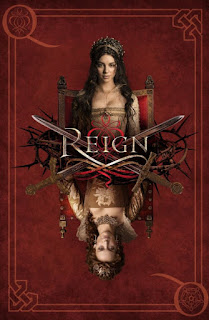 My wife and I are fans of the TV show Reign, though she likes it more than I do. One of my issues is that the show is from the CW which makes their seasons way too long than they needed to be. Though I did get more excited for this season than the previous two as the story shifted more from "teen drama" to a story far more centered on the brutal nature of the royal politics of a Valois France and a Tudor England. 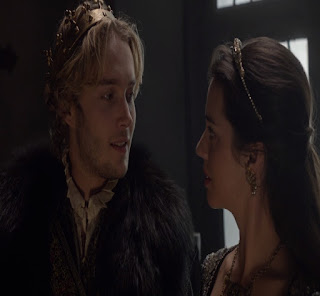 The show starts after the end of the last season confirmed that King Francis II of France was dying. He was being kept alive (secretly) from treatments by Nostradamus, but they only extended his existence, they aren't saving him. Queen Mary is forced with the difficult reality of Francis dying and the fallout from that. Her mother-in-law Catherine de' Medici would get considerable power again which will not be good for well...everybody. The most obvious answer is that Mary should return to her birthplace in Scotland. 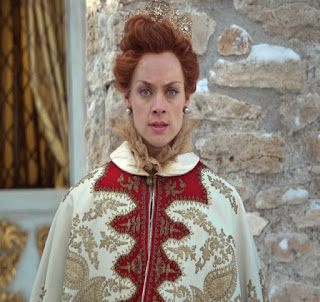 However things won't be too easy. Her first cousin-once removed Queen Elizabeth I of England while not technically Mary's enemy officially is a considerable force to worry about if she tries to make it back home. Catholics still believe Mary to be the true heir to her great-uncle King Henry VIII's throne and that Elizabeth was a bastard in the eyes of God. While both the English Queen and her Scottish rival had good and bad in their souls, this will not be a story of a reunited "family". 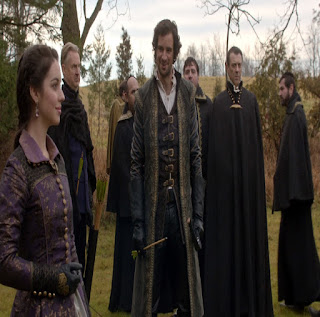 Overall the third season of Reign was pretty similar to the last two. I liked it as always, but I didn't quite love it. I can tell the show writers must of liked King Francis II a lot, because in history his rule in France is brief, but they tried their hardest to keep him in the story for as long as they could. Though I do wish the CW would realize that if they can make a season shorter without filler, it should be done. But it won't be too long until Daisy and I start the fourth and final season of Reign.

The CW is known for its teen drama, so I don't watch too many of their shows. I've got enough teen drama in my every day life lol.

I need another life to catch up on all the things I haven't done in this life ~ LOL This is such an interesting period, and I'd likely enjoy the series.