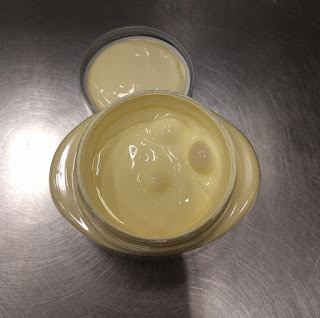 Spring is our busiest time at my work, so we got two seasonal people this year. One of them, Lei was fired for fighting in the parking lot with an ex. The other is Charles, who showed that he really does not want to work. When we train most people, they try to absorb as much knowledge as they can, in case they're ever here alone by themselves. Charles ignored almost all attempts to teach him after the first twenty minutes. He's missed work twice so far by my count, each time saying he had to go to the hospital. Our co-worker Pat tried to make him do some serious labor and he complained about chest pains and went home right then and there. He's only like 21. 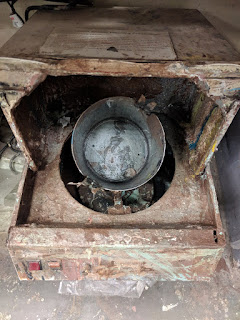 Despite being incompetent, I had yet to see Charles make a paint mess in a shaker. Most, even the best, do it eventually in their first few days. He went about a month without an issue, and then as soon as I came in, I found this shaker covered in chocolate-brown paint. He apparently left it in the shaker as he went to lunch. Our manager made him clean it up when he got back. But in a bit of karma anyway, before he went to lunch, the mess got all over his pants, making it look like...well you know.
Posted by Adam at 12:00 PM

I would not bank on Charles having a bright future.

When the job period ends, I wonder if he'll have the nerve to ask you for a reference.