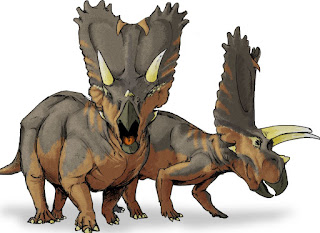 I knew a guy at work who didn't think dinosaurs were real, and sure enough another lady at another workplace named Candace doesn't believe they are real either. Funny enough despite her raunchy attitude which makes me look even more vanilla (along with a son who is a worthless delinquent) she is a proud Republican and devout Christian. But I just couldn't help but to laugh and sigh when I heard the news. 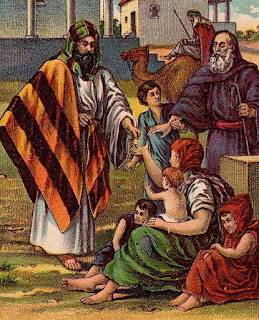 Though to be fair, a lot of Christians try to make sense of The Bible when it comes to scientific fact not adding up to the "holy word". While a lot of Christians don't believe in evolution, most would say dinosaurs are real. Though to be honest, they're are only two reasonable explanations. Science is real or The Bible (literal wording) is real. I don't know believe that any part of the Bible co-exists with the reality of Earth. I prefer not to believe in magic, so science wins it out for me.
Posted by Adam at 12:00 PM

Science wins out for me, too. But hasn't Candace been to a Creationist Museum? (Not that you'd catch me in one of those ridiculous places.) According to those places, dinosaurs and man co-existed.

So how do they explain the fossils? Yaay for Science!

Science sure wins out over fiction any day, even though some science gets proved fiction later on.

I do have trouble understanding why people deny scientific evidence about dinosaurs.

Send this stupid and obviously a "Tea Party" follower to the Smithsonian Institute or for that matter to any museum and she'll see
the reconstructed bones of dinosaurs. Really some people and the number who live in the 4 square - Seattle, Northern Maine, Key Biscayne, San Diego square are the dopiest. The world is in that Bloody square! and that is why you are now the laughing stock of the World with that clown called TRUMP. I pity you - well I try.
Colin

Creationists vary in their views about dinosaurs. Some think they never existed, some think they co-existed with humans and died out just a few thousand years ago.

I do have trouble understanding why people deny scientific evidence about dinosaurs.

When people have a strong enough emotional attachment to something -- like religion -- they'll reject anything that conflicts with it, even despite evidence. They think the fossils were put there by Satan to deceive us or something. And most creationists actually don't know much about the evidence for evolution.

Also an apt description of one who would write something like "Dykes, as I believe they are called, are TROUBLE and all in capitals".

So actual fact with bones are all documented but something written by man saying Jonah was swallowed by a whale is perfectly true and real....um...ok

I'll go with science every time. Most of my family is religious, mixed party affiliations, and I'm pretty sure they all believe dinosaurs existed too. Sounds like Candace is just one who has a few screws loose.