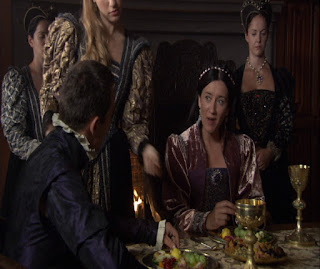 While I never cared much for the historical Catherine of Aragon, I did like the character on The Tudors and especially the actress as she did a great job. At the start of The Tudors, she is the loving and loyal wife of King Henry VIII. 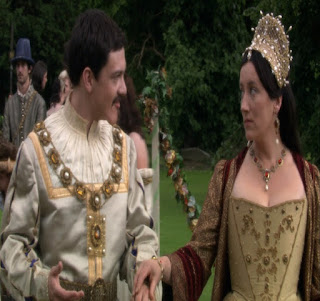 And her nephew, Charles V is King of Spain and Emperor of the Roman Empire. Charles V sees this as a key way to get England to ally against France. But the young emperor learns that his aunt is not as happy as he figured. 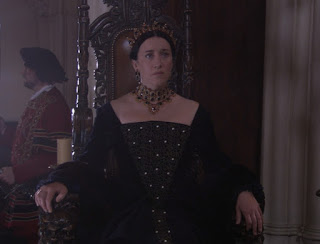 Especially when her whole marriage is put on trail. Not for anything she did as a person, just like in history, Henry VIII used her marriage to his brother Arthur as a way to get "God" to annul the marriage. This demotes her greatly, she is no longer Queen, but a "dowager princess" due to her marriage to Arthur, the Prince of Wales to his father Henry VII. 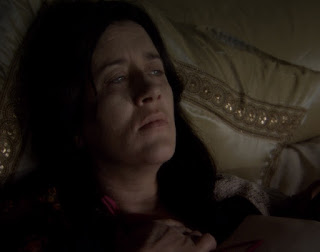 It is rather sad that she died so sickly and away from her beloved daughter. 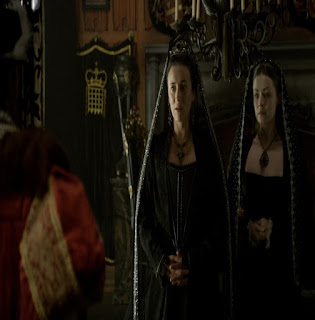 I did like how Henry saw a vision of her ghost at the very end of his life. She seemed to enjoy the karma.
Posted by Adam at 11:00 PM