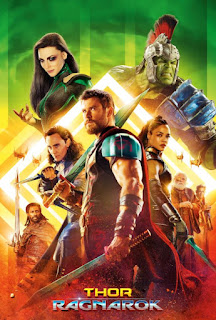 Like many people, I'm a big fan of the MCU movies, though we have had a few that weren't up to par of its peers. Probably the worst of the MCU was the 2nd Thor movie, Thor: The Dark World. I don't claim to be the biggest comic book fan, but Thor had never been my favorite in the Marvel universe, so it's really up to the movie makers to make things a bit better than what they had to work with. 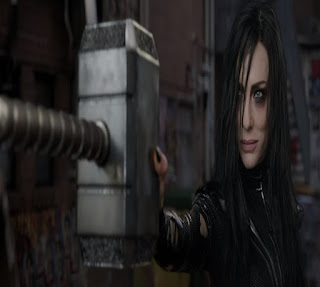 The film shows where Thor ends up after the events of Ultron's downfall. Thor had been looking for about two years to find the remaining Infinity Stones and came up empty. He returns to his home in Asgard to realize that his father Odin is missing and Loki was pretending to be him the whole time. He makes Loki take him to the real Odin who they find almost dead. The very zen Odin tells his two sons that with his power fading, his secret first-born child Hela will be free from his containment. She almost immediately confronts her Avenger brother and easily defeats him. 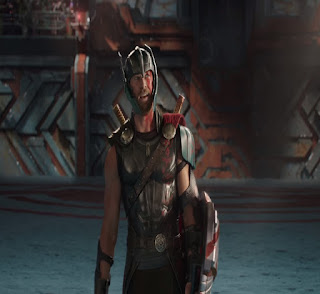 Thor manages to flee and lands up on a strange planet called Sakaar. He is captured by a female warrior and taken to the Grandmaster. He welcomes Thor as his prisoner and makes him fight the great champion. 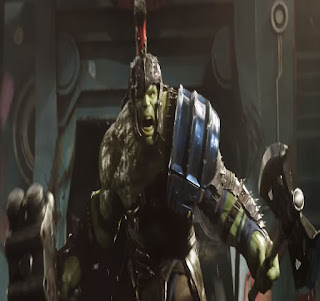 Turns out that champion happens to be The Hulk. And his Avenger "co-worker" ain't too happy to see the God of Thunder either. The two have to battle it out but they will eventually have to work together. If they can't escape the horrible planet in time, then Hela will most likely make sure that Asgard is set ablaze in ruin. 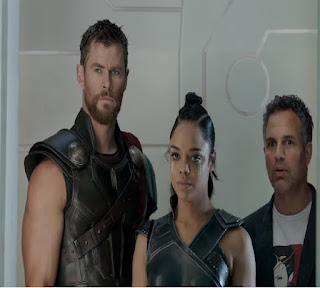 Overall Thor: Ragnarok was about as good as I heard. While the first two Thors kind of took themselves really seriously, the third movie makes it more "fun" than anything. That being said, they could have made it a good bit shorter as I did feel it dragged a little bit. But I really liked Cate Blanchett as Hela, Tessa Thompson as Valkyrie, and I loved the cameo with Dr. Strange. With the outcome of the upcoming Infinity War unknown, if Thor is killed by Thanos (or a minion) that'll mean no Thor 4. But if that's the case, then the Thor movies ended on a good note.

We loved this movie and how funny it was.

Was grand indeed, although pushed it a tad too far with humor once or twice.

And by that I mean felt waaay too forced

I'm a serious Superhero fan, and not only do I watch all the movies, I collect all the stuff to go along with it, that ends up decorating my house in some manner(lol), but I have sold a few things too. I watched this one twice and really enjoyed it. Great review! Hugs...RO

The MCU is something I want to catch up on. Thanks for sharing your thoughts on "Thor: Ragnarok."

I enjoyed this too but sometimes it could have done with a bit more substance rather than so many laughs.

fandango - In my opinion, movies should be at a length of 2.5 hours or less, but the longest being very rare or depending on the movie This movie was about 2 hours which is just about enough time. The movie was entertaining, funny, with lots of action and communication. The theater was a little too warm, so I had trouble enjoying the movie most the time. Maybe I should edit this review after I see it again in a better environment.
see more:
deadpool 2 full movie watch online
12 strong full movie watch online
mortal kombat annihilation full movie
ex machina putlockers
swiss army man putlocker
watch hostiles online free