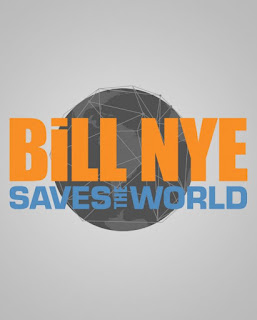 Bill Nye Saves the World's original season wasn't quite what I had hoped it would be. I loved his show as a kid, but his transition to a more evolved format did get lost in translation. While Bill was good and all the science he was teaching was correct, he relied too heavily on stupid assistants and celebrities to make the show appealing, which backfired. I still liked the original season, but I was hopeful that season two would fix the wrongs of the original. 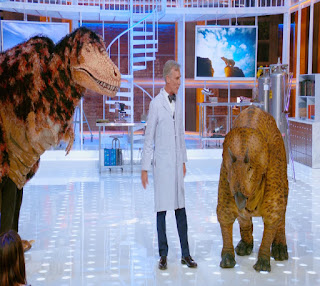 With about half the episodes, the second season certainly focuses far less on quantity and tries to bring out the quality. Each episode is focused on a single subject and this episode goes into the positive effects of the West Coast's "favorite" plant, time travel, mass extinction events, and a few others. 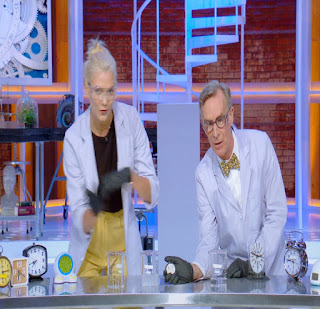 All of these episodes are being led by Bill Nye with help from assistants and celebrity guests. Though Bill Nye seems to have the majority of the spotlight unlike the last season. There's also panel discussions which are brief and the guest list is far more credible than the previous panels. 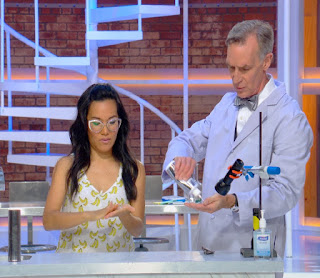 But overall while I still liked Bill Nye Saves the World, it might never get to the point where the show will rival something like Cosmos: A Spacetime Odyssey. I'll keep watching for now, but I think Bill might need a complete reboot if he really wants a TV series to bring back the glory of his Science Guy days.

I haven't watched this.

Thank God we don't have this show in Australia.
What you should do if you can keep up with the non-nonsensical
events and contradictions and now medical bizzare excuses is a review of that "Delightful" Roseanne Barr.

Twitter seems to be the "IN" thing in the great USA.
Certainly shows the World the idiots up. The Creep of creeps
at 1600 Penn. Ave being the bright light on the top of the tree.
Aaaaaaaaaaaaaaaaaaaaaaaaaaaah - spare us.
Colin