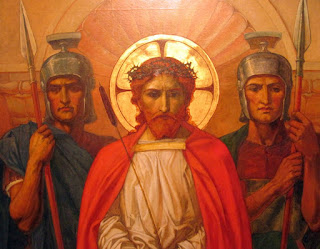 "Isn't it a remarkable coincidence almost everyone has the same religion as their parents? And it always just happens to be the right religion. Religions run in families. If we’d been brought up in ancient Greece we would all be worshiping Zeus and Apollo. If we had been born Vikings we would be worshiping Wotan (Odin) and Thor. How does this come about? Through childhood indoctrination."

As one of the "bigwigs" of modern atheism, Richard Dawkins has said a lot of stuff that I agree with, and this is difficult for even religious people to argue with. I remember my mother claiming she saw "visions" of Jesus when she was a child. And yes, in the visions he was the classic "White Jesus" and not what someone from the Middle East would have looked like. It's funny that all these Americans have these supposed visions but you really have to doubt this happens much in say Pakistan, China, India, or Japan. So if I found a Hindu in New Delhi who claimed to have seen Ganesha, would they be right as well?
Posted by Adam at 12:00 PM

Yes, every parent indoctrinates their children with their own particular mindset, religion and ideology. Good thing we grow up and most of us learn to think for ourselves.

I think it's important for people to think for themselves no matter how they've been brought up.

What Birgit said! Except that even the Jesus visions DO look a lot like Charlton Heston. Did he ever play Jesus in the moves or is it simply transference?