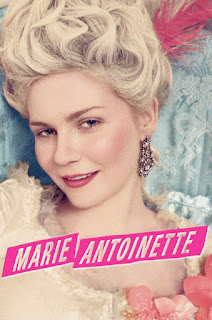 I've never been the biggest fan of Kristen Dunst or French history, though I can enjoy both from time to time. But Marie Antoinette is a name that lives in infamy within France and throughout the world. While the Monarchs of England/Great Britain had slowly lost their powers from King John to the rise of the House of Hanover, the Kings of France actually became more autocratic as time went on. So when the world started to modernize, the common people finally were able to figure out that things weren't so good for them. So what happened to King Louis XVI and his wife Marie Antoinette, was worthy enough to base major movies off of. 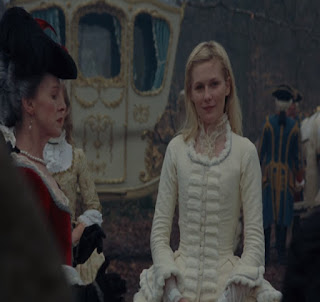 The film focuses mostly on (duh!) Marie Antoinette. She was born an Austrian (Holy Roman Empire) princess and as a young woman becomes engaged to the heir to the French Throne. However, she quickly finds out that French society wants to "purge" the Austrian out of her. Even going so far as sending away her beloved dog from Austria, so she can have as many French puppies as she desires. 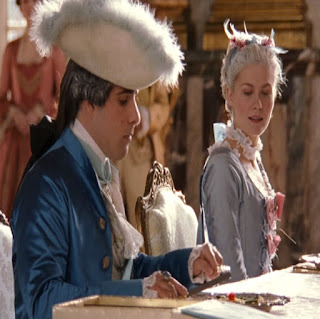 However when she marries the future King Louis XVI of France, it is certainly not a perfect marriage. He's a rather strange guy who is really obsessed with the art of locksmithing. He also doesn't seem to be able to "try" to make a new heir to the French throne to rule the country after he passes on. His rather incompetent decisions will leave France in turmoil before either of the two realize what happened. 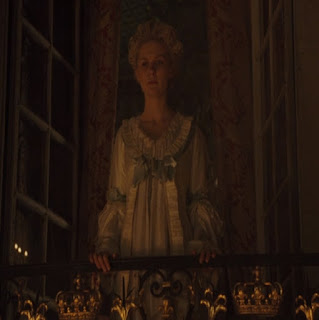 Overall I was a bit bored by Marie Antoinette. It's not historically accurate, as both the King and Queen of France seem to be "innocent" and that the whole ordeal at the end was all just a big misunderstanding. The film won an Oscar for Best Costume Design, and I will say, they really did deserve it there. Now acting, directing, or script writing, needed to have some of the imperfections buffed out.

I have't seen this one.

"Oh my! What did WE ever do to deserve a Revolution and the guillotine?" Right.

I haven't seen that either and with your C+ I don't think I will. I do find that you are spot on with most of your reviews.