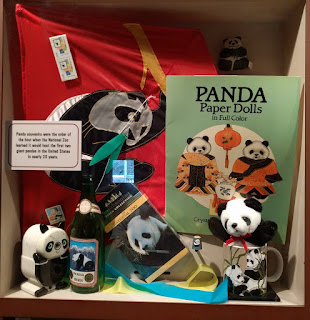 Since the Smithsonian is one the largest, oldest, and most notable zoos in the country, they certainly have panda bears. I saw this collection of stuff here, apparently it was to honor the day they got panda bears decades ago when China agreed to let American zoos have pandas. 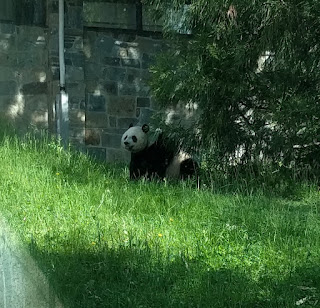 We had already seen pandas in Zoo Atlanta, so that first thrill wore off. But I saw this guy outside. 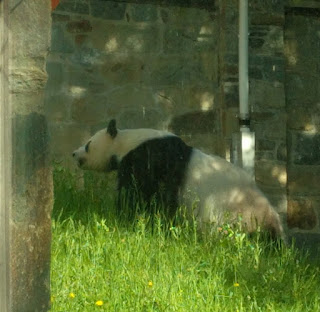 But he quickly walked out of sight. 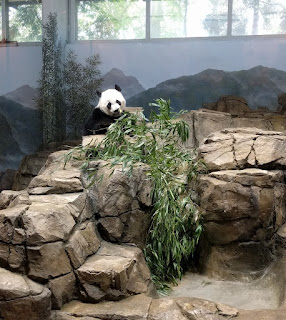 But there was a female eating bamboo indoors. 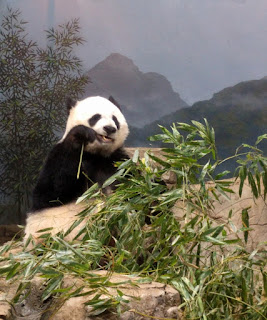 Which is a great view. She was certainly more active than the ones we saw in Zoo Atlanta, though Zoo Atlanta had two baby pandas, but they were all sleeping. 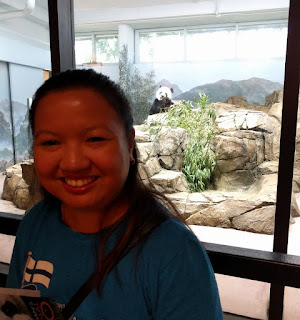 Daisy loves pandas, one of her favorite animals. 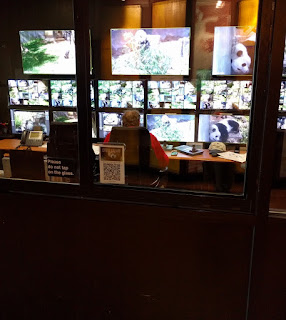 As we were leaving the panda area, you can see this research office. He is the panda spy master apparently.
Posted by Adam at 5:00 PM

I can imagine how Daisy loves seeing them at the zoo.

That's a cool photo of Daisy with the panda behind her. :-)

Nothing is cuter than a panda!

Wow, the Panda area sure has changed since we lived in DC (30 years ago!)

I remember it being a big deal when the zoo first got a couple of pandas in the early 1970s. They were a gift from China after Nixon's trip there.