Question: Should The NFL Keep Kneeling Players Off the Field? 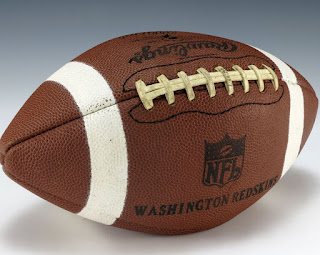 Now most protests accomplish very little short-term and when they go on forever, people often lose interest or become de-sensitized to it. While the NFL kneeling protests (which started as sitting) have never been a movement free from criticism, it does sadden me to see the NFL pretty much rule that all players who want to kneel will be kept in the locker room during the anthem. While the NFL is not a government organization, Donald Trump added fuel to the fire by using his influence to alter public opinion including that of the team owners and other NFL bigwigs. While it doesn't technically violate the First Amendment, it's a huge spit in the face to free-thought and free-speech in the cultural sense.

The players who don't want to stand during the anthem will stay off the field. For some teams, that may mean a lot of players will be absent. That may make its own visible statement just as effectively as taking a knee.

An unexplored issue is -- why play the national anthem at sporting events anyway? It's not necessary to the game. I'd be in favour of doing away with that custom.

I think from reading and TV reports - if you don't want to stand and I think you should, irrespective of your political affiliations, stand at attention, you can now just remain in the locker room.
That is rather childish I think.

Your idiot is great a dividing a nation and the world. Thank God Singapore is spared the riots of "THAT" so called pow-wow.
If it EVER eventuates it should be held at a weather station on the Aleutian Islands.........the polar bears can be entertained!
Colin

Yes! I totally agree with doing away with that custom. Totally not necessary.

Nothing says that the players can't go on the field and hold up their arm in protest, just as the American track stars did at the Summer Olympics in Mexico in the 1970s. trump and the NFL owners didn't think it through. By not going on the field, they are still making a visible protest.