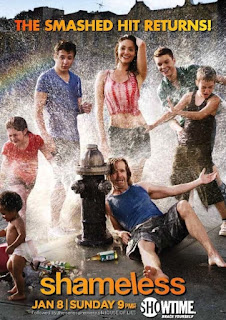 I had heard the TV series Shameless was pretty good, and when I saw the original season, I was quite impressed. I haven't really seen a good TV comedy (it's a dark comedy by the way) in quite some time, and I had quite a few laughs with this one. It's based on a popular UK TV series of the same name, so the chances of the second season being excellent was also pretty good. But did it meet my expectations? 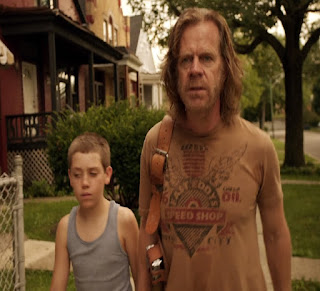 The story takes place not terribly long after the events of the last season. Frank had to deal with the absence of his ex-wife Monica again, but he's always up to something crazy. His girlfriend Shelia Jackson's ex-husband Eddie committed suicide after the fallout between him and his daughter. While a honorable person would help his love in her grief, Frank will soon learn of his death and try to exploit things for his benefit. 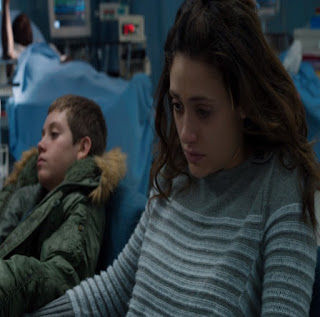 While the brains of the Gallagher family, Fiona is having her own issues. She still tries to juggle (and quite well) taking care of her siblings, her side-jobs, the house, and her own personal life. She is still trying to cope with the breakup between her and Jimmy Lishman. Things don't go to well when he comes back to the United States, with a beautiful Brazilian wife. 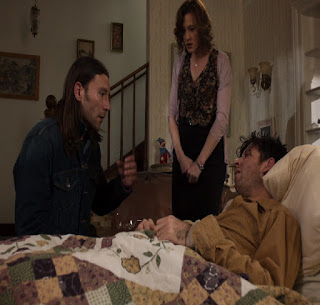 Overall I still liked but I was a bit disappointed by this season of Shameless. I had far more laughs with the first season, and I felt like the story-lines in this one got too depressing for their own good. It's still a pretty good show and I will see the third season fairly soon. There are still plenty of seasons for me to finish, so hopefully the series can keep things strong.

The Leigh Sales (ABC) interview of Hillary Clinton was very informative.
Pity not shown in the USA.