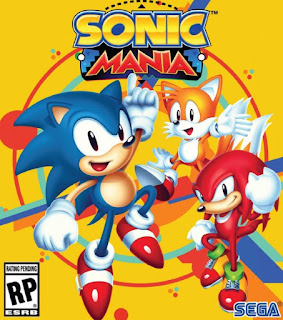 When I was a kid, Sonic was one of the most popular things at my house. Sega's mascot here rivaled Mario in quite a bitter war, though when Sega quit the hardware console wars, Sonic suffered alongside his parent company. Sure Sonic was on other systems, and he even got into the Super Smash Bros. games, but at about the time of the mid-2000's, almost any real Sonic game was probably not very good. However Sonic Mania set out to change that, by sticking to the best of its retro Sega heritage. 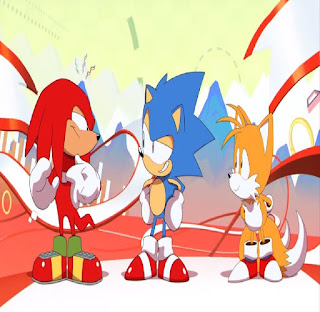 You can tell this game was made by people who loved the older games. The cartoon intro (which you can miss if you hit start at the main menu) reminds me so much of Sonic CD's though it lacks a cool song to go with it. 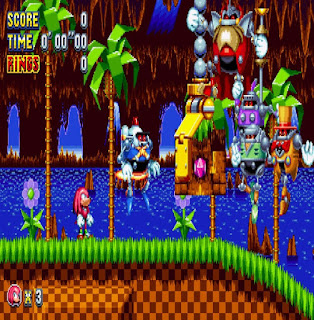 The game lets you play as Sonic, Tails, Sonic & Tails, or Knuckles the Echidna. There's a Phantom Ruby causing Dr. Eggman's robots to go super-saiyan and its up for over favorite blue hedgehog and his two pals to stop them. 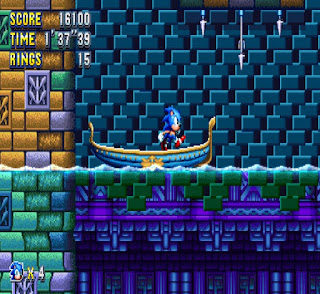 Gameplay wise, the game plays a lot like the best of Sonic on Genesis, but the game it's like the least is the original game. Anyone who has played the 2D games will know the ways things flow here. You can race fast (or not) all the way to end while holding on to at least one golden ring in your health. Then you can defeat the boss at the end of the stage, with two stages per zone. 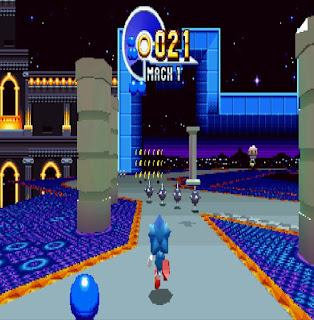 The game also has its own 3D mini-stages in addition to the classic Sega Genesis style ones. They're pretty neat to see, but they're mainly the ones to earn medals or to earn all the Chaos Emeralds. Just remember, you have to get all of them to unlock the final zone and you can become Super Sonic again. 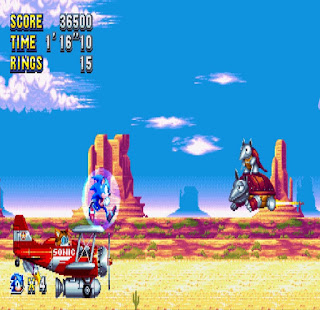 But overall I was pretty impressed by Sonic Mania. I won't say it's my favorite in the series (Sonic 2 and Sonic CD are my personal favorites) but I did like it better than Sonic the Hedgehog 3 on Sega Genesis. And it's certainly way better than anything Sega has puked out in recent years. It has its minor issues, but any Sonic fan would be missing out on this little gem if they were to skip out on playing the game forever.

Seems like a very good game! I have a computer game Sonic and it was so good as well. There were so many levels that it took months to finish (some levels were really hard).