Story: Obama vs Trump in DC 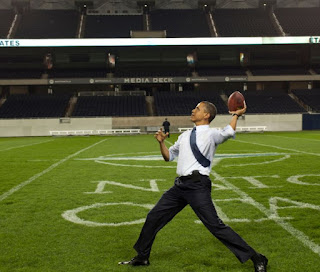 My mom's co-worker Angel works as a tour guide in DC during the school spring months. She's done it for years as well. My wife mentioned about what does it take to visit the White House. Angel had done tours there as well with schools so she knew how it worked. She said it was different now because under Obama, the demand to got the White House was so large, that it was about a two year waiting list. 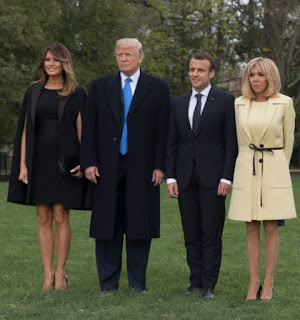 It's apparently only a few months for the White House under Trump. Though to be fair to the Liar-in-Chief, he would have more popularity at the White House if the grand mansion was located about two miles from Mississippi trailer parks than a city like DC.
Posted by Adam at 12:00 PM

Good one Adam...........I think up in the Aleutian Islands would be far better.
The French President doesn't look too impressed and he like Angela
Merkel certainly have let him know recently over this Iran dumping business.
I await with baited breath the comment from "The Tea Party Madame from Luddock, Tx."
Maybe I'll be waiting a bloody long time for that.

Also good on war hero Senator McCain to let the world know that
he has forbidden any presence of Turnip Top at his funeral.

And by the way Hillary Clinton is here in Australia on a speaking tour. An interview will be on the Political TV review - "The 7.30 pm" report tonight. I will be watching that for sure.
The interviewer, Leigh Sales, is one of the best in Australia.
She brooks no nonsense and interviewed Senator John McCain on a visit early this year and also a recent visit by Barack Obama!!!
Cheers
Colin

Hi, Adam...hope you and Daisy are doing good.

You are pathetically childish - get a bloody life !
Crawl back into your gopher hole.
Colin