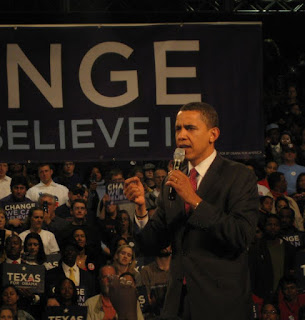 I was never prouder of this country than I was in 2008, when this nation elected Barack Obama as President of the United States. I was twenty at the time, and the 2008 election was my first real election I could vote in. His landslide victory made me falsely believe, that the vast majority (instead of a small majority) of people thought like I did. That we were all so intelligent, willing to embrace change and toss the chains of conservatism in the past. But 45% of this country voted against Obama, and they sure weren't happy that a liberal black man became the most powerful person in the country. 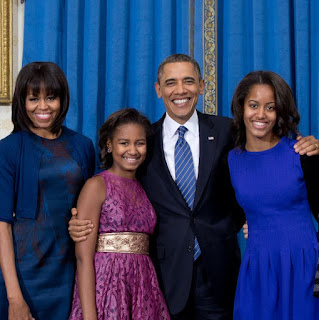 One of the biggest lies (out of countless ones I can't all remember) was that Republicans claimed that racism got worse under Obama. Now I could say that racists got more angry under Obama, but a lot of Republicans claimed Obama was racist and started to "divide our nation". Really? Really? His father was black, and his mother was white. He had a Indonesian step-father and spent a good chunk of his younger years in another nation and learning their culture. 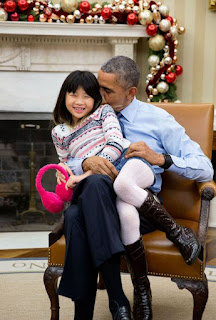 Obama has a half-Asian sister who married an Asian man. So Obama has two nieces who are mostly Asian. This man's family is more diverse than most. It's practically unbelievable that Obama is prejudiced in any way, shape, or form. 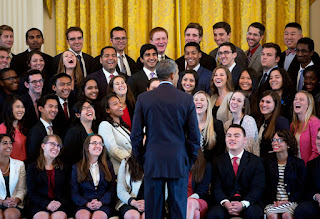 Look at Obama's White House interns here. This is diversity in a nutshell. It really does seem like everyone is included. 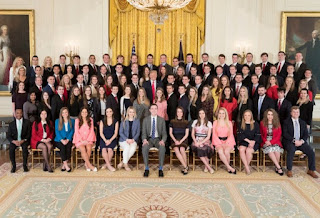 Now lets look at Trump's interns. Now which one do you think is the racist president?
Posted by Adam at 11:00 PM

Well said Adam. No matter whether you agreed with Obama's politics, he was a class act. My husband and I enjoyed listening to him speak with intelligence and diplomacy and logic. We still do. And we love listening to his wife, as well. Another class act. And yes, the diversity of his interns speaks volumes. A very stark difference between the two images you share here. Things are so...different now.

You are so right.

Agreed. Give me Obama.

I miss the grace and class the Obamas brought to the White House. The two internship photos say it all.

Of course no comment from that delight of Texas!

Some of the so-called imaginary theories of Barack Obama's ancestry
and upbringing are up in cyber-space.
And this morning Australian time we have the NEW NEWS that the USA has torn up the Iran deal.
Now that Turnip Top has infuriated your NATO allies, he has antagonized the TPP members and the S.E.Asian members, insulted everyone below the Rio Grande and I think treats Trudeau as a nuisance of a brat!
What a complete arse-hole who is NOT making the USA great again, but more isolated from political and diplomatic reality.
Colin