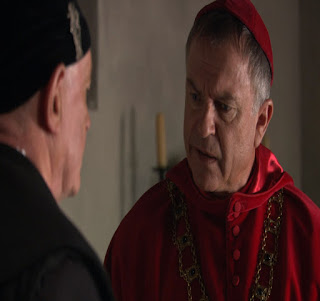 Flawed morally as he was, I did like Cardinal Thomas Wolsey on The Tudors. The 2nd highest ranking Catholic, Wolsey was pretty much King Henry VIII's right-hand man on many issues of state. 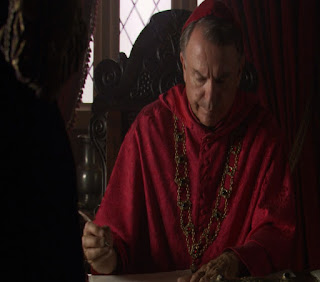 Unlike many Catholics, Wolsey was deeply loyal to the King and ignored many of his faults. 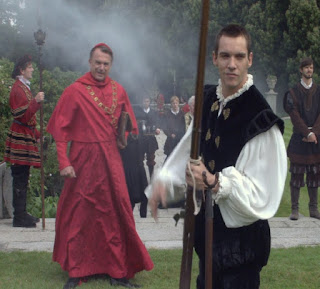 But part of that stemmed from his personal life improving greatly, by being so valued by the King. 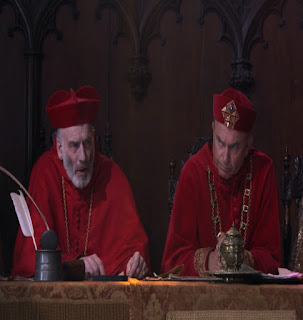 One of the few Catholics also to advocate for King Henry VIII's divorce without any hesitations. 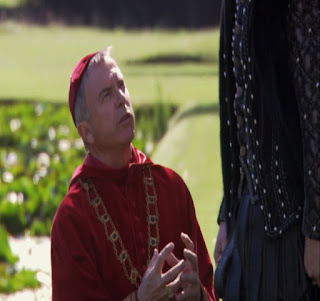 But he failed to convince his peers (especially in Rome), so he more-or-less got blamed. And his whole life was ruined. 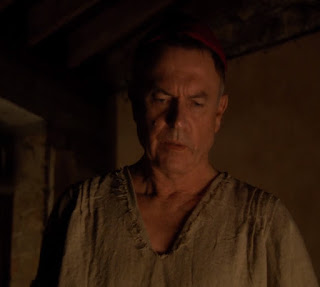 Such a sad downfall really. I was glad to see King Henry VIII express some pity over his demise after the fact.
Posted by Adam at 11:30 PM

Wolsey was an unscrupulous opportunist who served tyrannical power without a second thought. Like many of Trump's right-hand people today.

Oh so true.
Cardinal Wolsey was no where in the same league as the sycophants of the Turnip Top inner circle.
He has a professional liar as his spokeswoman........she even looks evil.
Colin