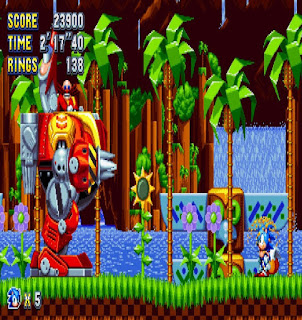 Figures as much that Dr. Eggman would be at the end of the Green Hill Zone in Sonic Mania. He uses quite a bit of heavy machinery to try to stop our favorite blue hedgehog. 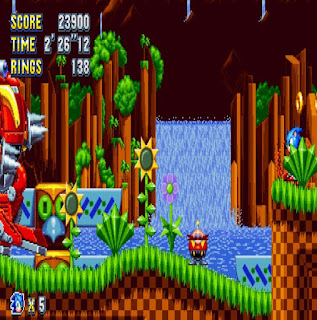 Though, he's not very difficult to defeat. I don't think I got hit once by his little firecrackers. 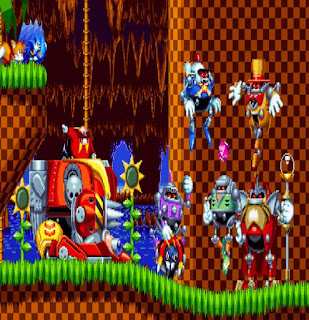 Though at the end he steals a magic ruby and tells his robot friends that Sonic was being mean to him. Such a tattle-tale.
Posted by Adam at 11:30 PM