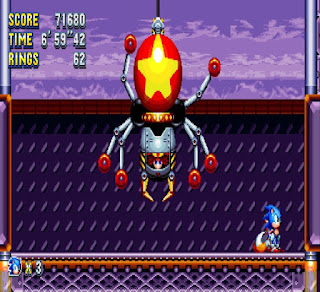 I liked this battle a lot mainly as it's pretty hard not to notice and I always admire stuff you never expect. I can't ever recall another Sonic game where Dr. Eggman wants to fight in giant spider machine. 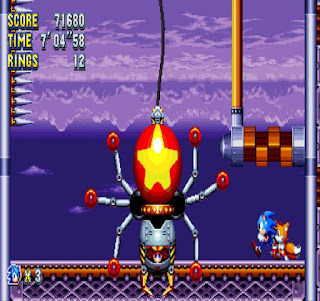 Technically Sonic can't do much to him on his own. He has to bounce him into these spike things to cause damage. 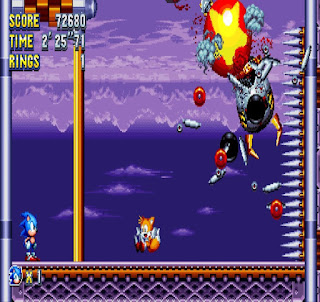 But he's not too hard to defeat, it did take me forever to get to the end of the stage in the Flying Battery Zone, and I died due to the time limit running out. On the second go around, he was defeated with room to breath.
Posted by Adam at 11:00 PM