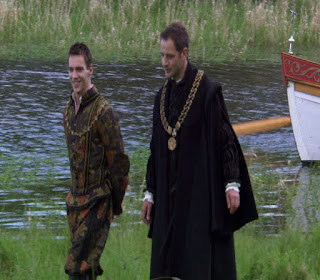 A flawed man in history and in the show, but overall I liked Sir Thomas More. At the start of the series, the two are good friends, but King Henry VIII slowly drifts away from his friend in the realm of politics and religion. 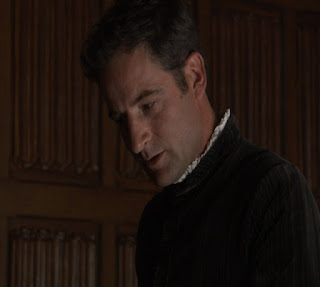 The super-Catholic Thomas More can sense how Protestants may take over England one day and vows to stop it. 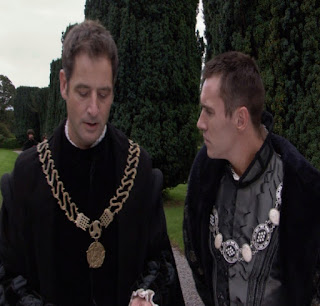 Which gets really hard for him as The King breaks away from Rome and starts his own church. 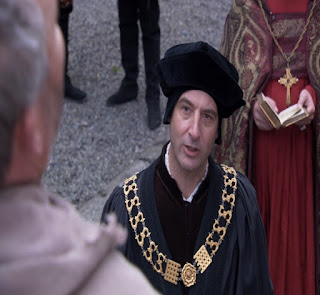 But he still does Catholic things like burning Protestants... 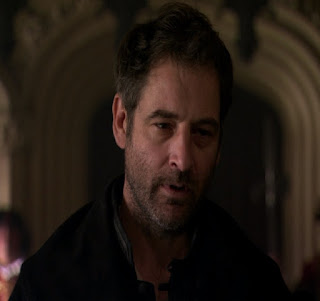 But it was his refusal to acknowledge Henry as God's leader of the church in England is what that led to his downfall. 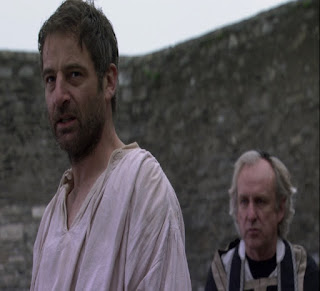 But even at death, More stuck to his principles with very little fear. You have to respect that.
Posted by Adam at 11:30 PM

Sir Thomas More is the patron saint of lawyers because he was a lawyer who took a principled stand.

Henry the VIII was a narcisstic jerk. I have seen A Man For All Seasons with Paul Scolfield as Sir Thomas Moore-that film is excellent