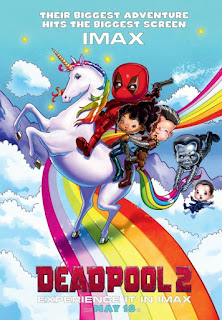 While Ryan Reynolds got to play Deadpool originally in X-Men: Origins Wolverine, the script writers ended up messing that one up horribly horribly wrong at the end. Luckily second chances were made, so Deadpool got his own real movie which ignored the events of what happened to him in the original movie timeline. And because they let Ryan Reynolds kind of roll with it, fans got the movie they really deserved. Now Wade Wilson is back! 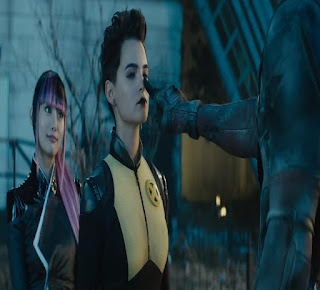 After some very Deadpool shenanigans, Wade Wilson hits a low point in his life. He's recruited by Colossus for a new problem. Which also reunites Deadpool with his not-so-friendly ally Negasonic Teenage Warhead. A teenage mutant with explosive powers causing trouble, and Deadpool becomes a X-Men trainee to help de-escalate the problem. 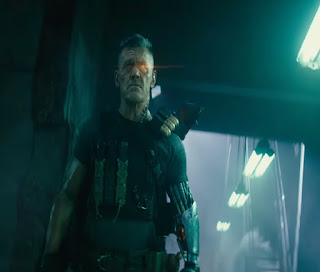 Except he messes the whole situation up. Him and the much younger mutant are sent to a very bad prison for mutants with heavy neck devices that prevent them from using their powers. However a deadly mutant from the future named Cable breaks into the prison with one goal. to kill the chubby little punk. 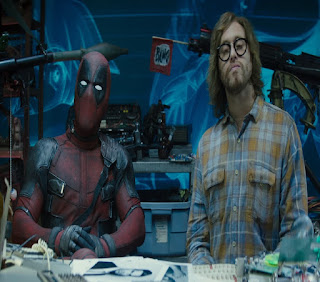 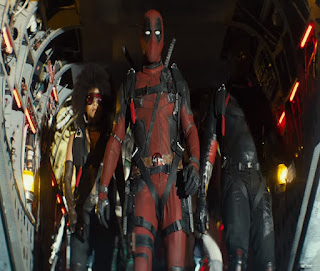 Overall Deadpool 2 is about on par with the original film, though this one does things worse and better than the original film in different ways. Deadpool is still very funny, though some of his jokes try too hard and fall flat. The first third of the film could have been better, but once Cable arrives on the scene, it's almost all pure awesome. I also would like to add that I really liked the new characters Cable, Domino, and Yukio very much.

Ryan Reynolds is a Canadian treasure.

I really can't wait to see that!

Glad you gave this review, Adam. I knew next to nothing about Deadpool.

I saw the first movie and liked it so I'm looking forward to this one as well.

I liked the first movie more than I thought I would so I will go and see the sequel too.

I can't wait to see this!

The Husband and I finally saw the first Deadpool last week. I borrowed it from the library for him, thinking to read while he watched. I didn't open my book at all. We're looking forward to seeing this one.

123movies free - The film didn't really do anything for me. It's a much weaker version of the first film, possibly a spoof of every X-Men/Marvel/DC film ever made, with a death scene that went on longer than the homily for Prince Harry and Meghan Markel's wedding. OOF! The director could have chopped at least 30 minutes off the film and no one would have missed it. The sarcastic monologues and banter that are usually funny in these films really fell flat this time. Two stars for casting Ryan Reynolds again.
See more:
deadpool full movie in hindi online
annihilation full movie online
12 strong full movie online
watch american honey online free
the office putlocker
hulu blacklist