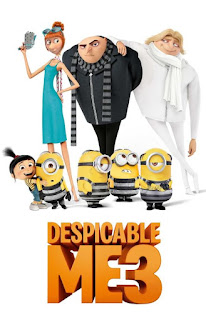 A few years ago, I started watching the Despicable Me series, and I actually enjoyed it a lot. My wife Daisy really loves the dang minions, but I was disappointed in the Minions movie they had not too long ago. With the prequel out of the way, it's time for a real sequel again. But does this one hold a candle to the past films? 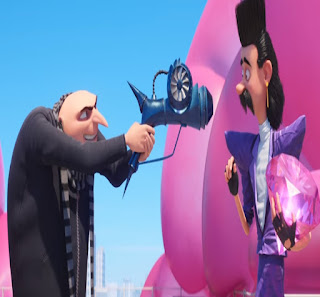 The film takes place not long after the events of the second movie. Gru has officially joined the Anti-Villain league and has married Lucy. A 1980's child-actor turned villain named Balthazar Bratt has tried to snatch the world's largest diamond and Gru is right there to stop him. However he gets away while Gru sort of saved the day. 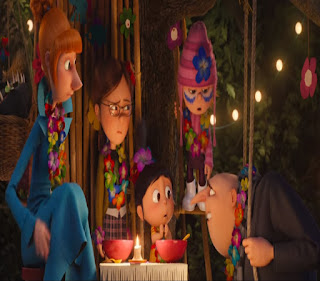 Except his bosses didn't like that, and it ends up getting Lucy and Gru fired from their jobs. While Gru doesn't care too much, he does know how much Lucy loved her job. Gru isn't really wanting to become a villain himself again, to the annoyance of the Minions who really want to relive the old days. 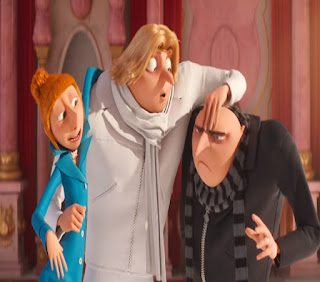 However Gru finds out he has a secret twin brother named Dru. Gru was raised by their mother, and Dru by their father. While Dru is much more wealthier and has more hair than Gru, his father had no pride in his villainy. He begs his brother to show him the ropes, but Gru decides to use Dru's weapons as a way to defeat Bratt as his own game. 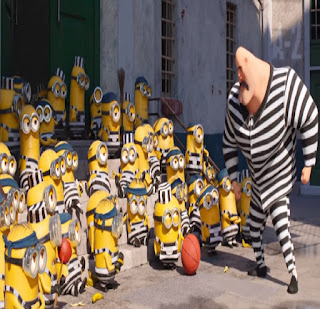 Overall I liked Despicable Me 3 more than the Minions movie, but not quite as much as the other two. The lovable characters are all here (well except King Bob and close friends) but the story and jokes don't quite compare to the first two films. That being said, a fourth film is apparently in the works, and I will be glad to eventually see it.

I love this series too! But you're right, the Minions standalone movie was not up to scratch.

And hey, nice catch on my blog about the trans/bi flag mixup! D'oh! I'll be correcting my blog post and giving you a shout-out.

I have never seen any of the Minion movies. I hear they are cute though.
Lisa

I haven't seen any of the movies but I don't watch much animated movies these days.

I think I saw the first of these movies, I noticed in these always is best the first movie!

I'm glad to hear a fourth movie is on the way. I've seen the 3rd once, but I'm sure once it starts re-running on TV, I'll be stopping and watching it, over and over. :-)

I liked the first two. Minions movie, not so much. I haven't seen the 3rd one yet, but I believe I have it on my Netflix queue to catch with my girls this summer.