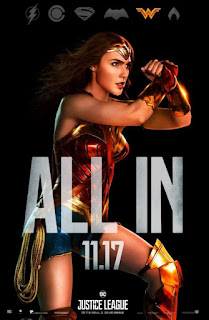 DC Comics has always been at an eternal (yet friendly and sometimes cooperative) rivalry with Marvel Comics. Now that superhero movies are the top craze and quite unified, DC movies had A LOT of catching up to do with the Marvel Cinematic Universe. The folks behind the DCEU were pretty darn impatient because they didn't make many movies before coming out with a real Justice League film. Marvel on the other hand gave every major character some role in a previous film before calling them all to fight in The Avengers. While I loved Wonder Woman's film last year, after the mishandling of the Batman vs Superman film, I wasn't too optimistic about Justice League to see it in theaters. 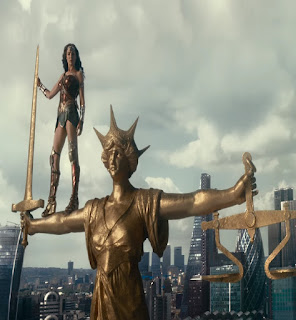 The film takes place not terribly long after the events of Batman Vs. Superman. After Superman's tragic death, all of the super beings of the world are doing their own thing. Wonder Woman came out of retirement and started to save many lives again like she used to back before her beloved Steve Trevor died. 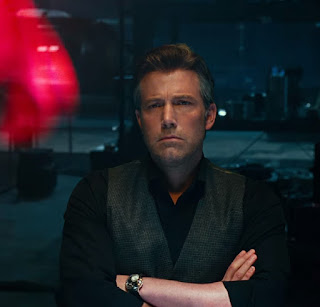 Bruce Wayne is still Batman but he is troubled when he finds bug-like aliens causing havoc to anyone with fear in their blood. This causes him deep concern and he hopes to start a team. He knows of Barry Allen who has the ability to run at super-speed. Then there is Arthur Curry who is Aquaman. And also a young man named Victor Stone who is literally a super-powered Cyborg. 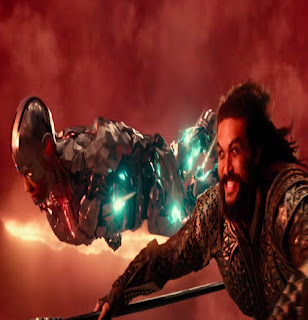 Their new enemy is a titan known as Steppenwolf. Many many years before, all of the forces of justice on Earth fought a bitter battle against him and his armies. He retreated and fled into exile. But now he's back and he's after the very vehicles of power that made him nearly unstoppable the first time. One thing is for certain, we need a hero like Superman. 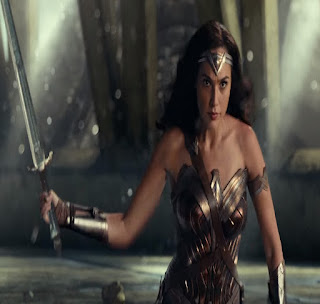 Overall Justice League was about what I had expected. It's good, but not that great. Unlike the MCU, they had a difficult time juggling all the characters, mainly because they didn't bother to give anyone except Superman and Wonder Woman their own movies yet. This showed with fans and critics as not many were too impressed and DC actually saw this one flop at the box office. Also the plot and the logic of the scenes really do it harm. And the fake-ish CGI and the rather lame villain Steppenwolf didn't help matters either.

I've seen this one and I liked it.

Not my cup of tea, sorry.

Was okay, but not grand

I enjoyed this one and I'm not usually a big DC movie fan. If it hadn't had WW in it though, I probably would have skipped it.

Haven't seen this either. I think I read more DC comics growing up than Marvel Comics because I am much more familiar with Superman, Wonder Woman, etc.

I'm going to try and watch it this weekend on my firestick.