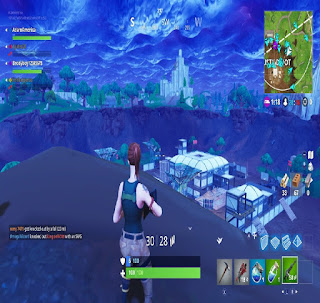 A recent craze in the video game world is Fortnite which has since hit PCs, Xbox One, iOS and PS4. But now it's on the Nintendo Switch. While the campaign game is the traditional thing (not on Switch), Battle Royale is actually a multiplayer game that doesn't take a penny to enjoy. Which is the main reason why it has a insane amount of players so far. 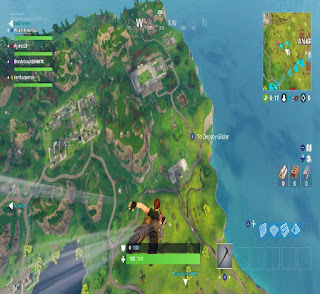 Basically you're in a survival game. Either you vs 99, 50 vs 50, or special squad and duo modes. If you don't have friends or a headset, stand-alone or 50 vs 50 will be much better for you. You basically sky drop on this huge map and parachute almost anywhere. 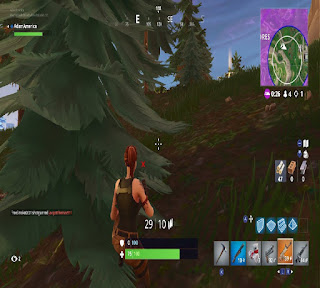 Then you have to find a weapon(s) and any additional supplies you need. You can also mine supplies and build things. To either help you block enemies, climb things, or just be dumb. The thing about Fortnite Battle Royale is that you only get one life per match. You die, you dead, game over! The wisest move is to find a remote spot and hide until the vast majority of enemies have perished. But you can't play hide and seek forever, the map will tell you where the safe zone is and if you're not in it by the timer is up, you die. 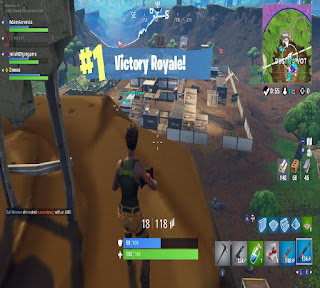 Overall I like Fortnite but not as much as some of these kids out there. The gameplay is really innovative, but in a way, it kind of stinks at the same time. You could spend fifteen minutes doing nothing, and lose by making one tiny mistake. But I will keep playing this strange Call of Duty meets The Hunger Games video game, for now.
Posted by Adam at 11:00 PM

My husband loves games like this. I will have to show him this.