My (Not So) Favorite Quotes: 2nd Amendment is in The Bible? 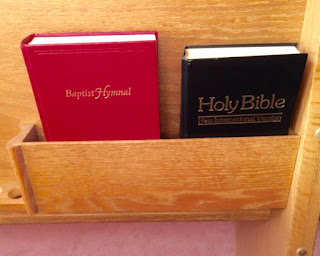 "Well, let me tell you, the Second Amendment’s actually in the Bible. Yeah. Think about it. Even God understood that he had to give his angels weapons because you don’t defeat evil with tolerance and understanding. So for all of you people that are saying we need peace, well peace only prevails when the good guy has the bigger weapons."
-Joshua Feuerstein

Joshua Feuerstein is a evangelist who became popular among conservative-Christians for his bizarre and semi-coherent rants on social media about evolution, Starbucks holiday cups, Planned Parenthood, and almost any subject he would like to spout into some form of audio diarrhea. I always thought Feuerstein and his flock had the IQ of a stump, but even he couldn't be stupid enough to suggest that a modern weapon is in a 2000+ year old book? Right? 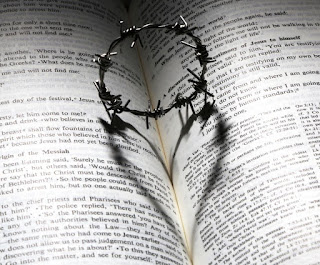 But as you can read, he sorta of tried, and his followers probably ate up every word of that verbal non-sense. I guess what's next is that he'll say Trump is in the Bible, because he loves Trump. I wonder if Joshua likes unicorns, and say they are in The Bible too...oh wait, the mythical creatures are actually mentioned in The Bible, unlike guns though.
Posted by Adam at 12:00 PM

These evangelists can be dangerous.

600 years ago, he would have been burning people at the stake.

The nutty things you hear...

Sadly, you are probably right.

"He'll say Trump is in the Bible, because he loves Trump".
You sure have heaps of NUTTERS in the USA - please keep them all caged in the 4 Square Zone of what the World according to many US citizens think is: Seattle- Northern Maine - Key Biscayne - across that Rio Grande ( or wall!!!) to San Diego and back to Seattle!

I hope you watched the winching of the G7 leaders in Canada when "Musso" ( yep Adam the Turnip Top does like the Mussolini pose) got close. I bet they all went and had a fumigation in their private rooms after being near that buffoon!)
I wonder does "Musso Turnip Top" know what happened to his idol in Milan in 1945.
I reckon a string up - upside down with britches down of Turnip Top in front of the Abe Lincoln Memorial would look very good - ha ha!
I'd string the bastard up by his bloody PECKER - that's if we could find it!!
Look out Singapore - the "Looney" is coming.
Colin

PS: Isn't it strange how some doyens of the Tea Party sect have disappeared.

Jesus, protect me from your followers. The 2nd amendment appears right after the photos of the dinosaurs boarding Noah's ark.

If he's a fundamentalist Christians, than, no, he he doesn't like unicorns.

Actually, strictly speaking the Second Amendment doesn't mention guns either. It just says "arms" -- weapons. So in that sense one could claim it's endorsed by any document that mentions a right to carry any kind of weapon.

Of course, we know the Second Amendment means guns.