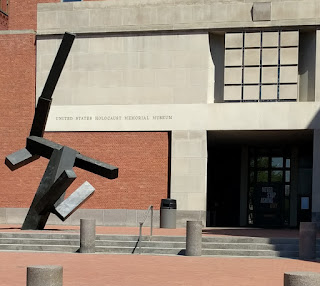 This was right after our trip to the National Zoo. The United States Holocaust Museum is right in the cluster of things to see at the National Mall. Like the Smithsonian museums, it doesn't take a cent to enter. Through a DNA test, I found out I'm a little Jewish (not enough to have any close relatives perish in the Holocaust) so seeing something like this means more to me now, as all of these people that died are my very very distant cousins. 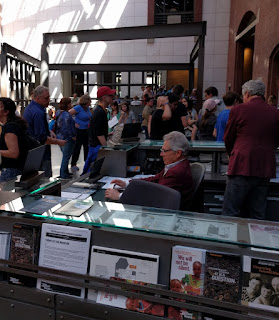 The museum is a little hard to grasp at first. There's A LOT of people there and it's kind of unclear where you should go. You have to get a ticket for the main core of the museum, but it's free, it's just to clear up the lines so everyone isn't trying to view the same thing at once. 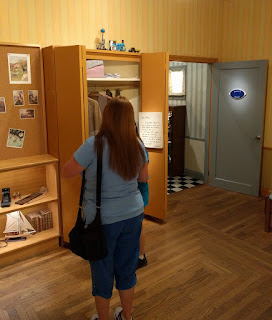 One of my favorites was Daniel's Room and other parts of his house that were made to re-create what a young Jewish boy in Germany's house would have looked like before the Nazis took power. Which shows a stark contrast to what Jewish people were forced into later in the ghettos and concentration camps. 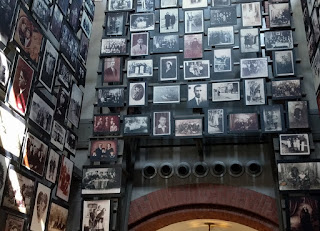 But most of the museum is very grim and will most likely make you cry. It's also very informative and you'll most likely be angry when you read the news polls from back in the 1930's of 1940's of how much Americans did not care about what was happening to these poor people in Europe. 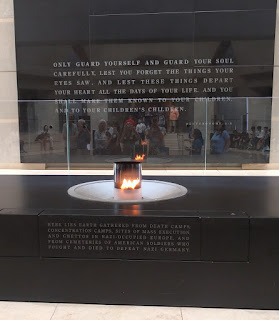 One of things that caught my attention most was this flame which apparently is above soil collected from ghettos, camps, and other spots in Europe where Nazism cause so much pain and suffering.
Posted by Adam at 5:00 PM

Sigh... and there is so much misery now that people are not caring enough about too. But back then... you wonder how people could turn their backs on so much evil.

I would like to visit the Holocaust museum someday, thanks for sharing!

The dark past however, always interesting to see something of it to remind us how good we have it today..

Go to Europe and see "the camps" - then you will really feel
what it must have been like.
Colin

We'll be in DC next month, but I can't even consider visiting the holocaust museum, which I've heard is exceptional. I grew up on those stories and can't stand up emotionally to more of that imagery.

Such a terrible time in history. My older daughter has actually been to the Auschwitz Memorial. It's an experience that she will never forget.

I would really like to visit the memorials here and in Europe some day. One of my favorite books when I was in middle school was from a local author who wrote about her experience during the Holocaust. We were really lucky to have the opportunity to meet her and hear her story in person. I'm sure they are quite heartbreaking to walk through, but they are so important for us to experience so we never forget that disgusting time in history.