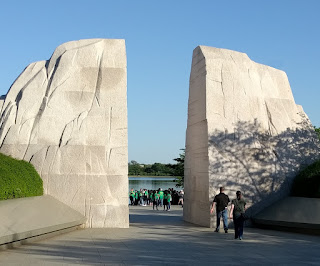 Not far away from the Lincoln Memorial is the Martin Luther King Jr. Memorial. While Lincoln led the way to abolish slavery, Martin Luther King Jr. led the way in trying to abolish racism in the government and American culture in general. At first I was kind of unsure if we were at the right spot, but it becomes clear once you stand where the people in green shirts are. 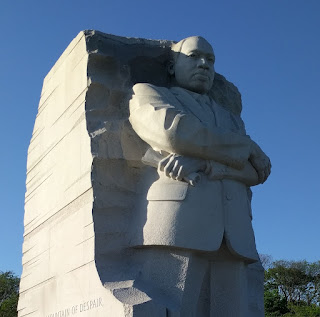 They made a pretty impressive statue of him. 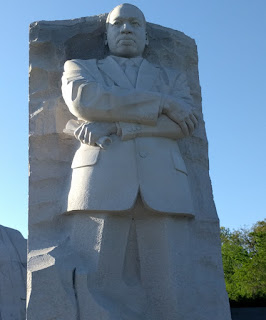 The idea comes from the I Have a Dream speech. They call it the Stone of Hope. As in the speech there is a line "With this faith, we will be able to hew out of the mountain of despair a stone of hope." Also he gave the speech at the Lincoln Memorial.
Posted by Adam at 1:00 PM

I've never seen a photo of the full memorial or read an explanation of it, so thanks!

Many thanks for this Adam, I don't recall ever having seen this before …

Wonderful photos of it. I bet it was even more impressive to see in person!

Thanks for sharing this is a wonderful tribute.

Unfortunately Martin Luther King was no angel.
He did have a few ( maybe many) pant problems!
Colin

This looks very powerful. I look forward to seeing it next month.

This one's new to me, it wasn't there the last time I was in DC.