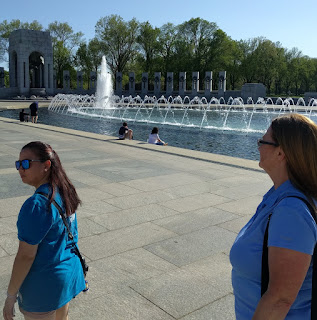 I had no idea this one existed, but it's rather new. It was made in the early 2000's during George W. Bush's first term though it was planned much before that. 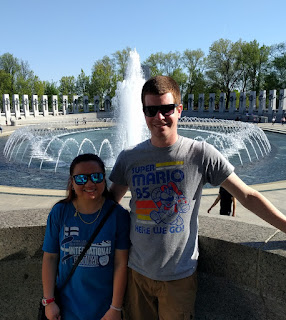 The giant fountain pool is obviously the most beautiful thing about the memorial. 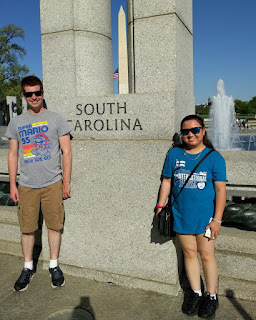 But I also liked that each pillar represented a state or U.S. territory that helped in our WWII efforts to defeat the Axis powers. Here we are with the South Carolina pillar which took us forever to find.
Posted by Adam at 1:00 PM

That's great that you were able to visit it.

So good you were able to visit.
Love your second photograph :)

It really is an impressive memorial.

That memorial is absolutely incredible!

Very great post. I simply stumbled upon your blog and wanted to say that I have really enjoyed browsing your weblog posts.

Wonderful you were able to locate your home state there! Lovely snap of you and Daisy!

I've never seen it and am looking forward to being there in July.