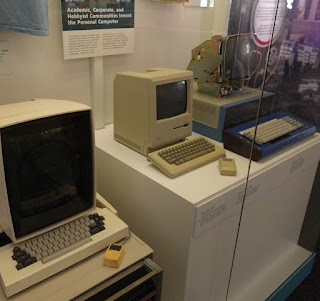 While not all of these things are American, they did all make an impact on American culture. These old computers show that we have come a long way in our PCs. 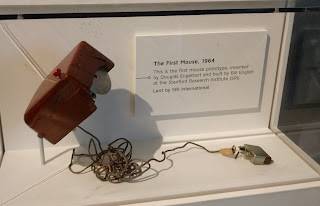 And good thing the computer mouse got...better in later versions. At least you can understand why we call it a mouse with that "tail" in the first computer mouse's design. 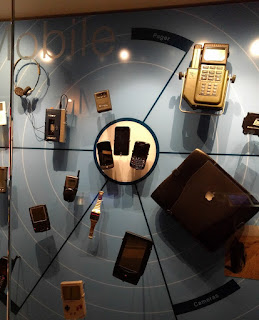 This is kind of hard to really see but you have many firsts in music players, video game handhelds, cellphones, and up on the top right is an early GPS. 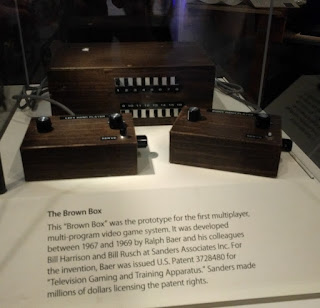 This is the Brown Box, it was the first home video game console. It was also Pong before Pong.
Posted by Adam at 2:00 PM

Technology has been changing rapidly over the years!

It's amazing how much technology has changed over the years.

That looks like a Kaypro next to the Mac. I had them both. The Kaypro had either 32K or 56K memory. haha

It all looks SO archaic now, doesn't it!

I'm old enough to remember how futuristic those things once seemed. Sigh.

Yes, technology has changed and advanced so much in recent years.

And to think that we can have a whole computer right in our pockets now. Amazing how rapidly technology changes.