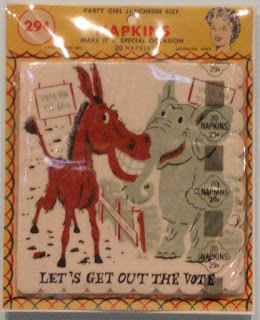 This was one of the neatest sections I found in the Smithsonian National Museum of American History. While this Democratic Donkey and Republican Elephant are all sunshine and lollipops here, most of our presidential campaigns were anything but so. 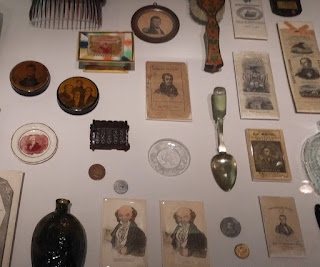 Basically it's got campaign material from most presidential elections. Seems this wasn't really a thing until the Andrew Jackson days. Even then it was rather crude and boring. 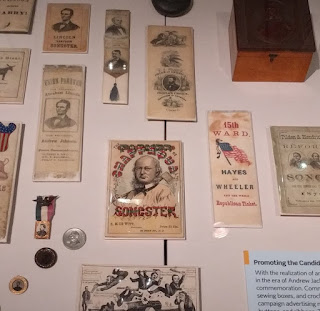 It evolved a little during the Civil War/Reconstruction days. 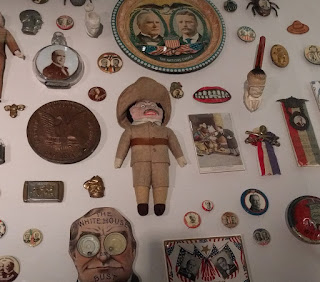 And then started to modernize during Teddy Roosevelt's time. Though that doll of him is kind of scary. 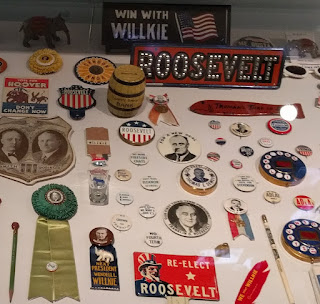 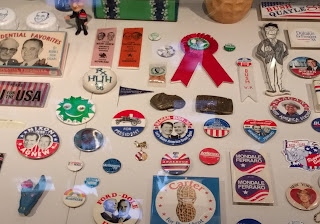 I wasn't too impressed with the campaign material from the Nixon to Reagan days besides seeing that Jimmy Carter really took peanuts to heart. 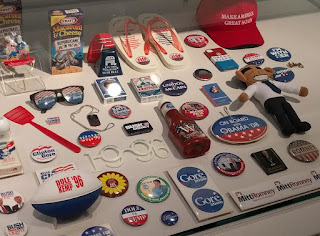 And the finally the most modern. The ones that stand out to me are the Dole Kemp 96 football, the Obama doll, and sadly the Make American Great Again hat which really means Make America Hate Again.
Posted by Adam at 5:00 PM

was there anything on yellowdog democrats?

I don't think so

When I was young, I started a political buttons collection. Like most of my collections, it fizzled out at around six items, lol.

My brother is an instigator. He loves to wear his Trump "Make America Great Again" hat just to get a lively family political brawl going. He actually thinks Trump is appalling.