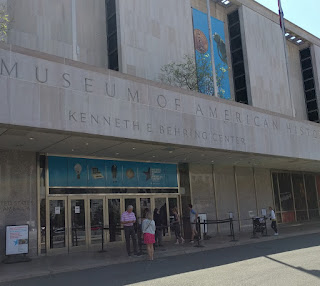 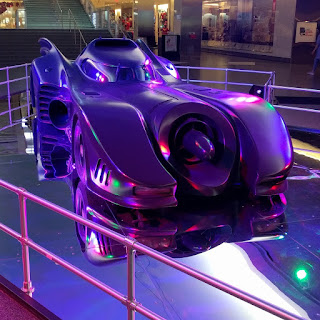 This was the first thing I saw as we walked in. The original Batmobile from the first major Batman film with Michael Keaton. 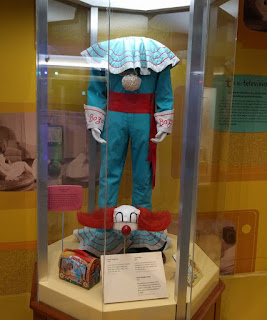 Not too far away it Bozo the Clown's suit. I do remember watching a little bit of Bozo before the show ended. 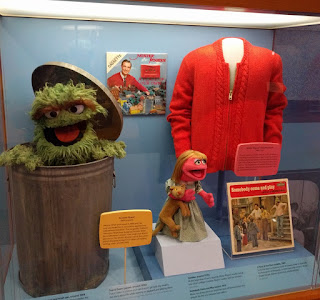 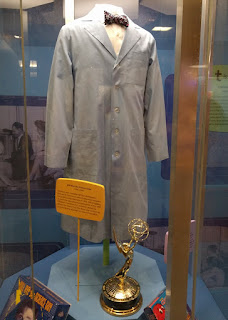 And Bill Nye's lab coat and bow-tie from his days as Bill Nye The Science Guy. I thought it was neat that he let the Smithsonian hold on to his Emmy award.
Posted by Adam at 12:00 PM

My Rare One wants to go there too some day.

Sooooo cool! Would love to go see this museum some day.

Coool! I would love to go there someday.

I love that museum and I don't think any of those items were there the last time I visited.

I would love to spend much more time in the Smithsonian.

What a fun stop for you. I'd love to spend some time exploring it too. All of those pop culture artifacts would be so cool to see in person.

Cool! I visited the Smithsonian in the 1970s. That and the Library of Congress were my favorite things to see that day.