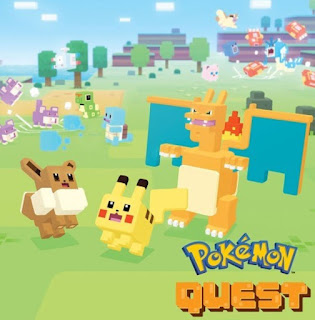 Pokemon is one of Nintendo's longest running and most successful series. While it hit the Nitendo Switch first, Pokemon Quest was really crafted for mobile phones, as the Pokemon Go train is running out of steam and they needed something different. As a fan of the series, I felt obligated to at least try this one. 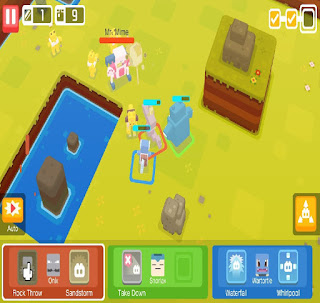 You soon get to build a team of three pokemon each. They all move on "cruise control" but you can select their attacks. You have to get through each stage by defeating the mini-boss or the big boss of each section of the map. 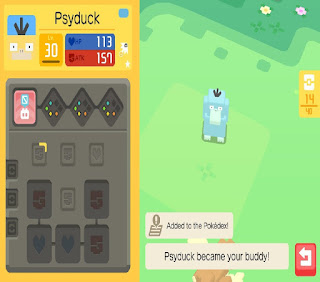 You get new pokemon now by cooking a dish and having the new pokemon come every couple of levels to eat it. It's a guaranteed catch but it's random which one you will get. However there are certain dishes that attract better pokemon. I actually got my first shiny pokemon ever here, a blue Psyduck. 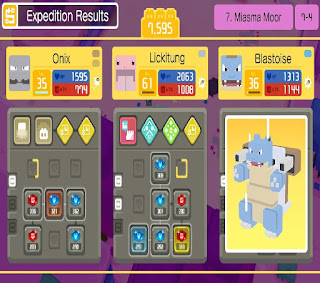 Evolving is through leveling-up including Pokemon in the 151 generation (just the Kanto ones here, sorry) that required special stones like the thunder stone for Pikachu or almost any stone for Eevee to evolve.  However increasing your power is more about getting health and power blocks to boost your pokemon, without the blocks, even the highest level pokemon on your team are kind of weak. 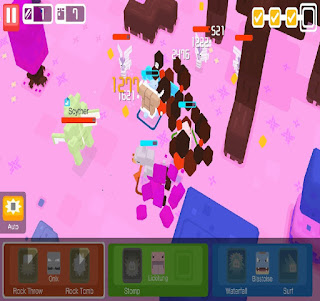 I actually put in a good number of hours playing Pokemon Quest, just seeing how far I could progress through the game before getting bored. I got decently far (about 70%) but just like most mobile games, it's like a nice powerful car, but with the engine missing. The combat is pretty dull especially when you can set it to auto and have them do everything for you. The Pokemon series were never the most complicated games, but they certainly dumb things down here. But at least, like most mobile games, I didn't have to give them a penny to enjoy it.