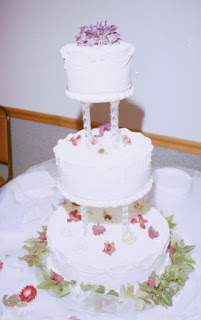 Many people have heard of this case where a Colorado baker refused to make a wedding cake for two men wanting to get married because of his "Christian beliefs". The Supreme Court ruled in favor of the baker, but oddly left the laws of other past and future cases in rather unclear status. I for one think the decision was yet another mistake from the Roberts Court. It is sadly a common human reaction throughout time and cultures to have prejudice against people in the LGBT community, but society has evolved to learn to understand that this common reaction is nothing but literal bigotry. 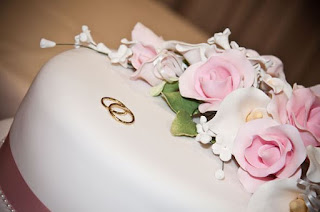 People say "well it's his business, so it's his choice", but his bakery is open to the public, not just members of his church. Legally he couldn't turn away someone based on race, religion, age, or gender, so why are LGBT individuals okay to turn away? Explain the difference! Nobody became anti-LGBT because the Bible says so, they hide behind the Bible to support their anti-LGBT views. Not long ago, people used verses in the Bible to claim it was their religion to be against marriages between people of two different races. If the people who baked our wedding cake (I'm white and my wife is Asian) refused us service, I would have put them through legal and public humiliation because discrimination is never acceptable or excusable. And honestly, it's not the baker's business to know or care where his cake ends up. He could easily bake a cake for a LGBT couple's wedding and not know if he didn't know anything besides the name of one person and what they wanted their cake to be like.
Posted by Adam at 10:35 PM

Heard about this case and don't understand why the baker refused to bake a cake for the couple - weird to me.

Why would they want him to make their cake in the first place? I'd want someone who was just as excited about my special day as I am making the cake for me. From what I understand, he referred them to other bakeries who would accommodate their needs. Turn enough business away, his downfall would be his own doing. If my daughter ends up marrying her partner some day and is refused service, we aren't going to piss and moan about it. We'll find a baker who actually wants to be part of the special day (there are way more willing to serve than not).

I wouldn't want to give them my business anyway. But where does it end. Oh, you're Christian and you're Jewish? Against my religious beliefs. No cake. I don't approve of interracial relationships. No cake. You're too fat. No cake. Baby through surrogacy? No cake. I just hope they get the word out all over town that the baker discriminates. You're a hater? No business!

Apparently this case concerned inadequate procedural matters at the original hearing more than setting a general precedent that others can use to discriminate on the basis of religious belief. That's what the experts say, anyway, so let's hope they're right.

I've always wondered why this became an issue in the first place. How did he know this couple was gay. It was none of his business. Turn it around. How would the baker like it if he was gay and people refused to buy a wedding cake from him just because he was gay.

Nobody became anti-LGBT because the Bible says so, they hide behind the Bible to support their anti-LGBT views.

Unfortunately the Bible doesn't get off that easily. The taboo on homosexuality essentially didn't exist in Western culture (Greco-Roman) before the spread of Christianity.

And to think this ruling came down during Pride Month. Horrible.

A very sad situation. Everyone should be treated equally.