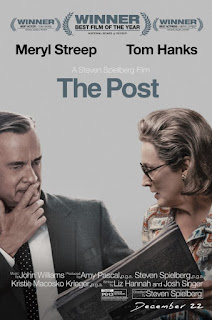 When The Post came out last year, I had no idea it even existed. But since it had two Oscar nominations (Best Picture and also Best Actress for Meryl Streep), I wrote it down to eventually see it. It was kind of odd this kind of film (Steven Spielberg) made such a small splash at the Oscars, but did I like it? 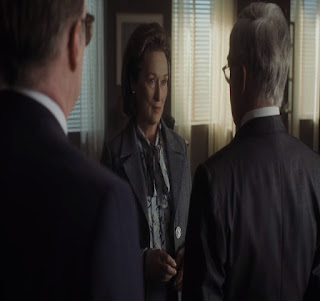 The movie is set during the last years of the Vietnam War era in the United States. The film focuses on the team at the Washington Post. Its owner, Katharine Graham inherited the company through her father. Though her father gave it to her husband first, but since he died, she had to take control. Even with all that power behind her, even her underlings try to tell her, as a woman, she is not really a leader people respect. 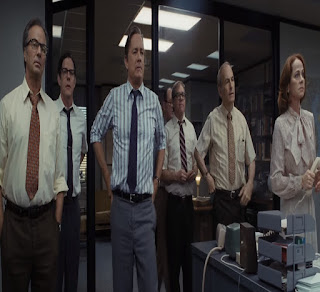 Her most loyal man is Ben Bradlee who leads the creative side of the paper. The New York Times got into big trouble with the Nixon administration over papers related to the Vietnam War. So the "free press" is slowed down, but Ben Bradlee sees this as a window of opportunity. Ben eventually gets his hands on the same papers, and it shows that the government lied to continue the Vietnam War, despite knowing for a long time, that it was an unwinnable war. Ben and Katharine both know that taking on Nixon will be a war in itself, but will free speech live on? 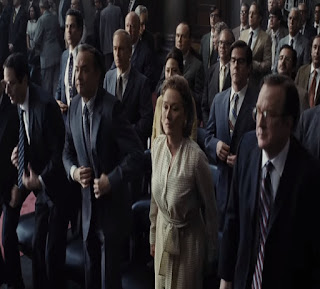 Overall I really liked The Post. It has great acting from most of the cast, and it moves pretty quickly especially for a film in its genre. Out of all the Oscar nominees for Best Picture (including the winner The Shape of Water) I liked this one the most. Also like how Animal Farm was a huge criticism/mockery of Joseph Stalin without saying his name, The Post also makes obvious similarities with the Trump administration without a mention of the man.

My Rare One and I enjoyed this movie too.

An excellent movie which kept pretty well 100% to facts.
Now for a movie on the Turnip (Musso jaw) Top Trump but who possibly could you get to play the "clown of 1600 Ave"?????

God to see that some decency prevailed over this kids taken from parents at borders. The power (maybe) of 4 former first ladies and also Melanie Trump.
Look out Melanie you may get the flick??? Siberia may beckon.
I bet previous first ladies from Eleanor Roosevelt onwards would have belted the "idiot" clown into space.
Now come on -IMPEACHMENT.
Colin

Until this movie, I didn't know how things were for Graham in the beginning. I agree, it was a good story with good acting.