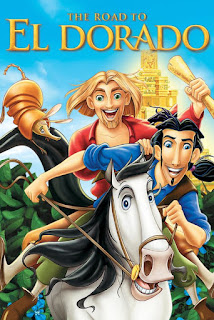 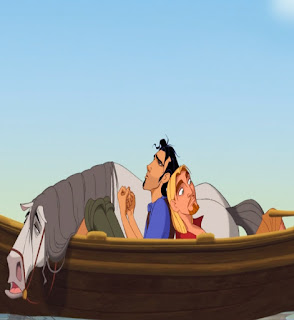 The movie is about two fraudulent Spaniards named Tulio and Miguel who land themselves in hot water. They end up sneaking onto a boat set for the New World. However they are caught by the ship's crew and set to have a horrid existence in the Caribbean. They manage to break out of their cell in the middle of the night and take a small ship. Which lands them into the New World after some scary uncertainty. 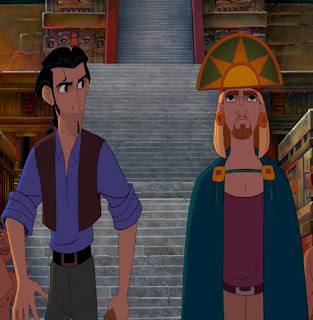 It doesn't take them long to find natives who capture them and take them to El Dorado, a city almost drowning in gold. Luckily the two men are falsely believe to be gods, and being good at acting, decide to play the part. The only one who isn't fooled is a beautiful young woman named Chel, who wants out of El Dorado for adventures elsewhere. They might be living greater than kings, but things will turn south eventually. 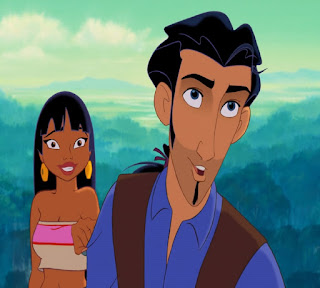 Overall I liked but did not love The Road to El Dolrado. It's extremely likable, but I thought the story was a bit predictable. I did like the romance between Chel and Tulio though it could have been more complex and expanded. I could tell from fellow millennials that the movie still holds relevant eighteen years later in popular culture, so that's something.

Enjoyed it at my sea.