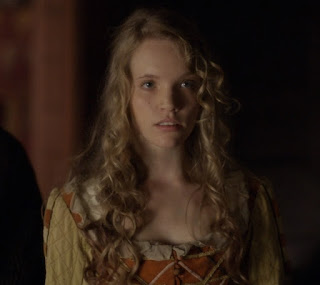 Catherine Howard is the fifth and youngest wife of King Henry VIII. She starts out more as a woman picked to make the King happy. 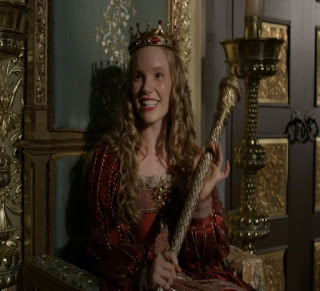 But Henry grows mad for her and has her installed as his Queen. Luckily for her, she had enough noble ancestry where this caused little controversy except for her attitude and age. She does grow quite greedy for the power of being Queen. 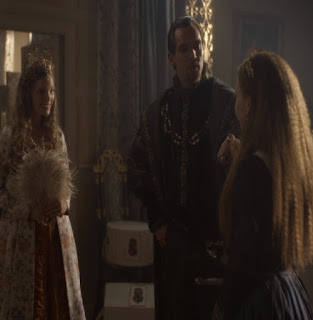 And since she's important to King Henry VIII, most in public give her respect. 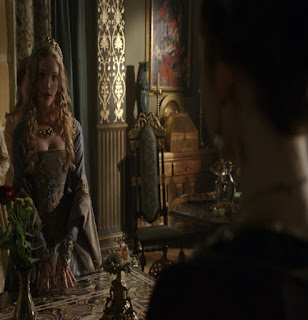 Except the Princess Mary. Howard was in both history and this fiction younger than Mary, so you can see why Mary would have a problem with her being a step-mother. 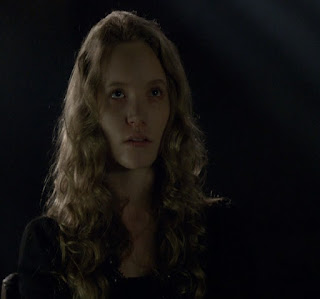 She stupidly had fallen in love with a guy named Thomas Culpeper and had an affair behind the King's back. To make matters worse, her life before the King wasn't exactly noble and that came to sting her back. So she loses her crown and her marriage. 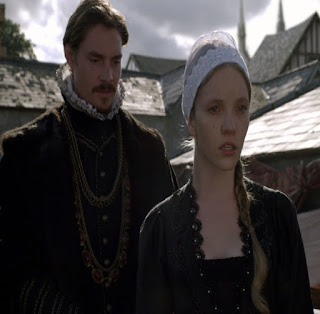 And like Anne Boleyn, Catherine Howard loses her head. Whoops! She really should have known better. That being said, her actress Tamzin Merchant was originally going to be Daenerys Targaryen as she was in the pilot for the HBO show Game of Thrones but she was recast when the real episode was filmed. While I could kind of see it, I'm really glad HBO passed over her.
Posted by Adam at 10:00 PM

Email ThisBlogThis!Share to TwitterShare to FacebookShare to Pinterest
Labels: england, things I hate

Stop in from Dark Thoughts and yes head will roll.
If you fine the time stop in for a cup of coffee

I hate her more. Except when she wants to have breakfast with me. Then I love her.

She got murdered because she was repeatedly raped by multiple grown men starting from the age of 13. She's by far the most empathetic of the six ex-wives.

That one theater kid said...

Imagine not realizing that she was a naive child and thought the men before Henry loved her. ALSO, she was already planning on marrying Culpeper while she was a lady in waiting. Try again